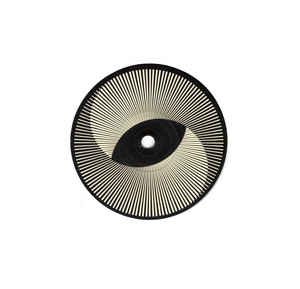 Background/Info: Swedish formation Red Mecca is a band I’m keeping an eye on. They released a few  productions revealing a personal electro-pop inspired music style. “Set In Motion” has been released as a 2-track vinyl.

Content: It’s not that evident catching the electro-pop style of this band. The single rather sounds as an exploration of electronics featuring elements of pop and ambient. In the end it’s all pretty evasive and filled with melancholia. The vocals are a bit whispering-like, which sounds now a bit sensual and then more like crying.

+ + + : “Set In Motion” is an intriguing single revealing two tracks filled with emotion. Their very unique approach remains the band’s main strength while the melancholic aspect only accentuates a feeling of dark reverie. I still like the production of the vocals, which is pretty intriguing… maybe awakening some fantasies….

– – – : This kind of vinyl is mainly meant to seduce the biggest die-hard fans. Both songs are cool, but not exactly what I would call ‘hits’!

Conclusion: What I especially like in the sound of Red Mecca is that they’re progressively creating their very own sound DNA avoiding the usual pop-clichés!