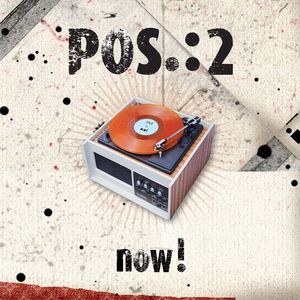 Content: This is one of the hottest synth-pop discoveries of the past few months. POS.:2 is a German duo, which has released 2 digital singles thus far.

The album features 12 songs plus 2 remixes. The first song clearly indicates what you might expect. There’s an ultra melodic approach in the writing of the songs and a real care to create great sound treatments. “Now!” is a real well-crafted piece of music carried by danceable rhythm patterns and uplifting choruses. POS.:2 perfectly know the way good synth-pop music has to sound like. I can’t say that the work is an emulation of the good-old synth-pop standards although a few songs remind me of OMD for the way of singing. Just pay attention for “Perfect Melody” to get an idea about any potential resemblance.

POS.:2 is not exactly reinventing synth-pop music, but they clearly inject a refreshing touch to the style. The songs are well-crafted and elaborate while remaining fully accessible through the strong melody lines. There’s no better song than “Only Electropop” to get an idea about the band’s potential. This song was previously released as digital single and reveals funny lyrics and a real captivating melody line, which you’ll easily keep in mind. This song is a big potential hit! Another potential hit is the previously mentioned “Perfect Melody”, which sounds catchy and once more driven by a solid melody line.

There’s no single song to throw away as “Now!” consists in a succession of great songs. “Friends” will possibly give you a kind of ‘happy’ feeling while “Dark Room” sounds a bit harder in sound. I also have to mention “Memories” (previously released as single) and “Am Limit” for its cool bleeps. The quiet and instrumental “I’m Falling” is a rather dreamy track to end. Notice by the way that most of the vocals have been sung in English, which will probably enlarge any possible popularity.

Both bonus tracks are remixes by Conscience and In Good Faith. It’s a nice gift to bring this album to its ultimate point, but the remixes can’t really compete with the originals songs.

Conclusion: I didn’t know what to expect from this new coming band, but I can assure you they really inject a fresh breeze to the electro-pop scene.

Since you’re here … … we have a small favour to ask. More people are reading Side-Line Magazine than ever but advertising revenues across the media are falling fast. And unlike many news organisations, we haven’t put up a paywall – we want to keep our journalism as open as we can. So you can see why we need to ask for your help. Side-Line’s independent journalism takes a lot of time, money and hard work to produce. But we do it because we want to push the artists we like and who are equally fighting to survive. If everyone who reads our reporting, who likes it, helps fund it, our future would be much more secure. For as little as 5 US$, you can support Side-Line Magazine – and it only takes a minute. Thank you. The donations are safely powered by Paypal.
Tags: Pos.:2