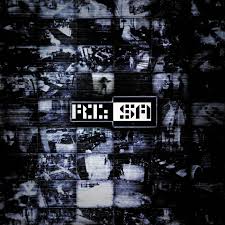 Content: Honestly, I never heard of this Finnish band before. Set up by Sami Jokinen this band already released several productions –mainly EPs, so I was really wondering what this so-called ‘industrial-rock’ formation would sound-like.

I have to say that I like the artwork and digi-pak format revealing a great artistic approach. Sound-wise the 1st song “The Activity” also is one of the best cuts revealing a mix of dark-electronic treatments and sonic manipulations. We next move into a rather industrial guitar part carried by furious and rather hard-core like rhythms. RI:SA is moving towards extreme sound treatments, but which can’t always convince me for remaining unpolished and inconsistent.

Some of the tracks switch from heavy and furious cadence into softer passages. It might remind you of the old sound-formula of NIN, but the result is not really comparable. Quite progressively “Self-Deception” joins experimental fields revealing ambient passages and some freaky sound atmospheres. Some of the vocals are quite passionate, but that’s not enough to push the songs to a higher level. I nevertheless enjoyed the apotheosis on “The Lie”, which moves into a real sonic mayhem filled with multiple sound manipulations.

Conclusion: RI:SA definitely avoids composing stereotypical sounds –which is one of the main forces of the work, but I’m missing coherence between the songs while the global production suffers from a lack of maturity.

Best songs: “The Activity”, “The Substitute”.