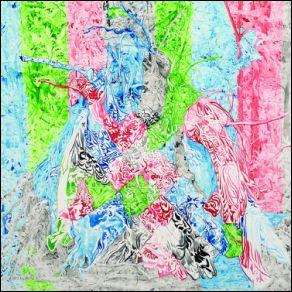 Content: Philippe Petit is a French artist I had the opportunity to discover by recent albums released on labels like Rustblade and Alrealon Musique. Philippe Petit now moves back to another familiar label on which he already released a few productions.

The sound universe of Philippe Petit is in constant motion and every new work sounds like a new experience in sound revealing different ideas and sound treatments. “Multicoloured Shadows” opens in a totally abstract way revealing an impressive arsenal of noises, field recordings and manipulated sounds. It feels a bit like entering a chaotic sound universe where the main aim feels like collecting and doctoring sounds rather than creating a song in a classical way.

This is already a trip leading us throughout exciting and somewhat esoteric passages (cf. “Pyramid Of The Moon”) while both parts of “Tidbinbilla Sanctuary” appear to be a complex sound labyrinth filled with wafting passages moving into weird sonic effects and pure minimalism. The 2nd part reveals a strong and cool industrial touch made by electronics.

The least I can say is that Philippe Petit is a passionate sound maker, which is playing with noises from very different origins like how a classical trained musician plays with notes. It all sounds like a total improvisation and an antidote to a music score.

Conclusion: It’s not the most captivating work I’ve heard from Philippe Petit although the artist remains faithful to his usual minimalism and experiment in sound.

Best songs: “Pyramid Of The Moon”.

Massive Summer sales at Storming The Base - here's the link to the sales page !