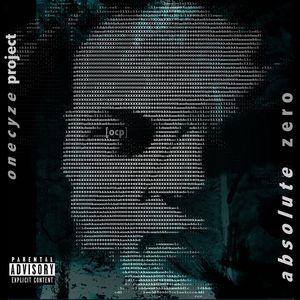 Content: This is an interesting new comer joining the EK Product roster. It has to be said that Onecyze Project is not exactly a new band but rather an old 90s formation from Frankfurt (Germany) that has never released an official work before they got signed to EK Product. The band indeed released some cassettes during the 90s while they later on went on releasing self-released CDs. It took them several years to achieve this debut CD, which was officially released a few months ago, but which I think fully deserves to get analyzed in our review section.

You quickly perceive the 90s influences hanging over this production. Onecyze Project clearly deals with EBM –which is a rather expected genre at EK Product, but it’s a kind of dark-body music. I’m maybe unconsciously influenced by their hometown, Frankfurt having been a kind of electro-Mecca during the 90s. It of course reminds me of the legendary Zoth Ommog label and the Techno Club located in the Airport. Frankfurt was the place to be during the 90s and that might have inspired this band as well.

“Absolute Zero” evokes some real good souvenirs and I can’t get away from the idea that there’s a musical link with X Marks The Pedwalk. I noticed a similar sophisticated approach in the writing while some industrial influences can be noticed as well. A few tracks also remind me of the body-style of Lost Imagination. Onecyze Project clearly brings the 90s back to life, but in a refreshing and exciting format. You can hear that there’s a real passion for sound creation while the arrangements reflect an experienced production.

I’m maybe missing a kind of ‘absolute’ hit, but at the other side there are several brilliant songs and I especially want to tip “Essence Of Mind” and “Never Lose Hope”. Another cool song is “Am Zero” on, which you’ll hear female backings adding a little touch of diversity to the vocal production.

Conclusion: EK Product has a real fine nose for talented EBM projects and Onecyze Project definitely belongs to the most sophisticated and intelligent bands on the list.

Since you’re here … … we have a small favour to ask. More people are reading Side-Line Magazine than ever but advertising revenues across the media are falling fast. And unlike many news organisations, we haven’t put up a paywall – we want to keep our journalism as open as we can. So you can see why we need to ask for your help. Side-Line’s independent journalism takes a lot of time, money and hard work to produce. But we do it because we want to push the artists we like and who are equally fighting to survive. If everyone who reads our reporting, who likes it, helps fund it, our future would be much more secure. For as little as 5 US$, you can support Side-Line Magazine – and it only takes a minute. Thank you. The donations are safely powered by Paypal.
Tags: Onecyze Project