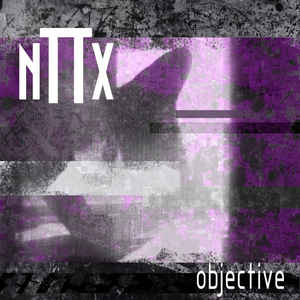 Background/Info: nTTx is a solo-project set up by Gord Clement who was previously involved in the promising Atomzero. Based in Toronto (Canada) nTTx already made a few noticeable remixes while the single “Falls Beautiful” released last year received instant success. Because of this success the title song has now been re-released on the “Objective”-EP featuring 3 extra songs and 3 remixes.

Content: “Falls Beautiful” is a solid piece of body-pop music, which also appears to be the main influence behind the other cuts. The composition is well-crafted and features a powerful production. The vocals are rather clear and charismatic. Gord Clement is definitely a good singer with a timbre of voice, which is totally appropriated for the sound.

The remixes have been made by Caustic, Stars Crusaders and Kiss Is Kill. I noticed a brilliant remix of “Falls Beautiful” by Stars Crusaders, which features terrific sound treatments.

+ + + : nTTx confirms the potential revealed on its single “Falls Beautiful”. This band composes a powerful body-pop style based upon a mature and detailed writing with great sound treatments. “cRave” is a noticeable song with a great progression in structure. The remixes add some extra power and other influences to the work.

– – – : “Objective” reveals multiple cool songs, but not a kind of hit from which you can’t escape.

Conclusion: nTTx confirms to be a real interesting ‘new’ body-pop formation and I’m really looking forward to discovering their debut full length. This is a band with huge potential.

Since you’re here … … we have a small favour to ask. More people are reading Side-Line Magazine than ever but advertising revenues across the media are falling fast. And unlike many news organisations, we haven’t put up a paywall – we want to keep our journalism as open as we can. So you can see why we need to ask for your help. Side-Line’s independent journalism takes a lot of time, money and hard work to produce. But we do it because we want to push the artists we like and who are equally fighting to survive. If everyone who reads our reporting, who likes it, helps fund it, our future would be much more secure. For as little as 5 US$, you can support Side-Line Magazine – and it only takes a minute. Thank you. The donations are safely powered by Paypal.
Tags: Atomzero, Caustic, nTTx