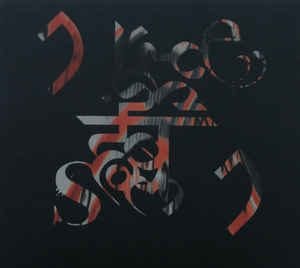 Background/Info: Old mates Daniel Bressanutti and Dirk Bergen are back on track unleashing this new work featuring 3 tracks. “Mutanten Maschine” has been originally released on cassette format on Wool-E-Tapes. The band also self-released the album on USB-stick and now brings a CD-version limited to 200 copies. The CD format features one extra song.

Content: Nothing But Noise sounds like an electronic sound laboratory. It covers different influences and is mainly characterized by the deep, vibrating and low sound frequencies, which are like a trademark for Daniel B (and still noticeable in the Front 242 releases).

“Mutanten Maschine” sounds a bit in the line of the album “From Berlin To Brussel”. It’s dark and astral-like, sometimes a little less repetitive and also featuring dreamy-like passages. The songs remain totally instrumental-like; no vocals or spoken samplings featured. Notice by the way the third track is an alternative version from one of the original versions.

+ + + : The deep bass sound remains one of the most noticeable aspects of the work. It sounds a bit like the Daniel B trademark, but Nothing But Noise is much more than this. There’s a nice twist between different sound inputs (mainly analogue-like). It also is a work with a visual appeal.

– – – : The slow progression from the tracks sometimes creates monotonous passages.

Conclusion: Nothing But Noise remains an abyssal sound experience. It has something evasive, but still creating a suffocating effect through its dark approach.

Since you’re here … … we have a small favour to ask. More people are reading Side-Line Magazine than ever but advertising revenues across the media are falling fast. And unlike many news organisations, we haven’t put up a paywall – we want to keep our journalism as open as we can. So you can see why we need to ask for your help. Side-Line’s independent journalism takes a lot of time, money and hard work to produce. But we do it because we want to push the artists we like and who are equally fighting to survive. If everyone who reads our reporting, who likes it, helps fund it, our future would be much more secure. For as little as 5 US$, you can support Side-Line Magazine – and it only takes a minute. Thank you. The donations are safely powered by Paypal.
Tags: Berlin, Nothing But Noise