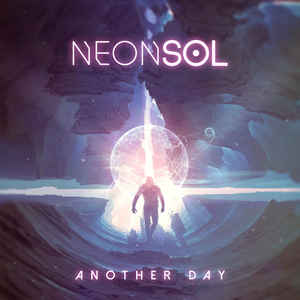 Background/Info: Neonsol is a Danish-Canadian trio, which is already active for a couple of years now. They haven’t been that prolific however released a well-crafted debut-album (cf. “Ecliptic”) in 2014. They’re now back on track unleashing 4 new cuts plus 4 remixes.

The remixes have been made by Rotersand, ESA and Gelting while you’ll also discover a new version of “Lights Out” (which was originally released on the debut full length).

+ + + : I already mentioned the great sound effects, but Neonsol accomplished a noticeable production. The sound treatments are great and finding a good balance between solid bass lines and carrying choruses. “Heat” is a great song in the genre driven by passionate and even somewhat enraged female vocals. Neonsol strikes back with power and pop elegance. They aren’t reinventing the electro-pop music, but definitely belong to the refreshing and contemporary bands dealing with electro-pop.

– – – : I was a little bit disappointed by the remixes. Rotersand and ESA both are great names, but I expected a bit more out of their contribution. The most convincing remix (another song from the debut album) is the one by Gelting. Band member Frédèric Scarfone contributed to the production of this song so in the end it’s maybe not coincidental if this is my favorite one. I also expected a bit more from the title song, which is not my favorite one.

Conclusion: An EP remains the best teaser to welcome a new full length so let’s wait for more new music, but this is a successful return.