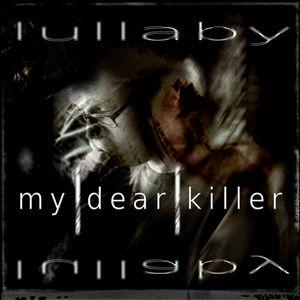 Content: My Dear Killer is a band I was introduced to with their earlier releases. Back in time the work was quite rudimentary and revealing a rough and unpolished production dealing with the darker fields of electronic music.

James A. Hepburn always tried to improve different aspects of his production while holding on to the rough element, which became a kind of trademark. All over the years Hepburn also started to experiment with vocals, which was not always a real success, but here again the artist tried progressively to reach a higher level. The lyrical content has been supported by dark themes and it seems like lost relationships have been one of the main sources of inspiration.
“Lullaby” features 12 songs, which have been mainly constructed by bombastic rhythm sections and dark sequences. The electro style has been mixed with a few industrial- and ambient-like elements.

This way the sound becomes more accomplished like injecting some volume tot the global composition. Some passages remind me a bit of early Mentallo & The Fixer in a less elaborate format. The production of the vocals have been seriously improved by a kind of passionate way of singing.

Some parts of the album feel a bit like they’ve been written earlier, but a few tracks reveal the noticeable evolution of this formation. The best example must be “You Said”, which has been accomplished by a club-minded touch and a retro-minded lead reminding me of bands like Trans-X and Gary Numan. This song is well-crafted and definitely one of the most accomplished songs of this band so far. “I Can’t” is another noticeable song confirming the progression of Hepburn as a musician. The ambient aspect comes perfectly through at the different passages, but I have a preference for “Sweet Dreams”.

Conclusion: This is for sure the most credible work of My Dear Killer, which has the potential to now catch the attention of a label.