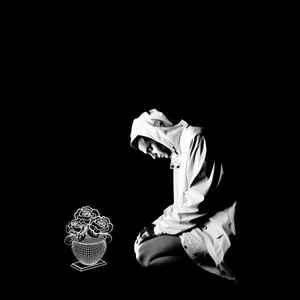 Background/Info: Forrest LeMaire aka Mr. Kitty is a kind of electro-pop phenomenon who already has released multiple productions in a rather short lapse of time. The latest opus of the artist from Austin (Texas,USA) was released earlier this year and features 15 songs.

Content: If you’re already familiar with the electro-pop sensuality of Mr. Kitty you really won’t be surprised. The songs are once again reveal this wafting synth-pop sensibility and sensuality. It all sounds quite simple, evasive and danceable.

The songs have been accomplished with cool melody lines and some vintage elements. A few songs are a little less hard and even a bit exploring a kind of electro-punk/rock fields.

+ + + : Mr. Kitty has this particularity to have created a very own electro-pop-DNA. Once you’ve heard this artist you’ll always recognize the simple, but efficient sound formula joined by the unique timbre of voice. It’s somewhat androgenic-like, injecting a touch of mystery and joined by some backings (guest) singers on a few cuts.

It’s not that usual to get an album featuring 15 new cuts and without any single remix. This album will definitely please all the fans of Mr. Kitty.

– – – : The main strength of this artist maybe becomes his weakest point as well. There’s no real innovation compared to previous releases and that’s a pity. Don’t get me wrong, this is a real cool work I can only, but encourage you to purchase, but I’m missing a real ‘hit’ here!

Conclusion: Mr. Kitty remains a great experience in electro-pop music although this new work sounds a bit like he turned on the automatic pilot. There’s no real innovation, but do we really need something different from Mr. Kitty?!!

Since you’re here … … we have a small favour to ask. More people are reading Side-Line Magazine than ever but advertising revenues across the media are falling fast. And unlike many news organisations, we haven’t put up a paywall – we want to keep our journalism as open as we can. So you can see why we need to ask for your help. Side-Line’s independent journalism takes a lot of time, money and hard work to produce. But we do it because we want to push the artists we like and who are equally fighting to survive. If everyone who reads our reporting, who likes it, helps fund it, our future would be much more secure. For as little as 5 US$, you can support Side-Line Magazine – and it only takes a minute. Thank you. The donations are safely powered by Paypal.
Tags: Mr.Kitty, synth-pop