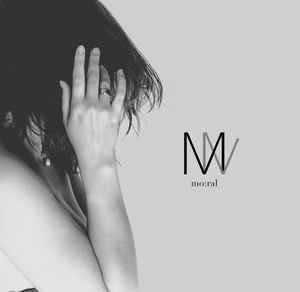 Background/Info: The German duo Mnemonic is celebrating their 20th anniversary this year. Last year they released their 8th album, which saw the band moving back to the French M-Tronic label. M.Belletz and S.Schulz released their first work on Alfa Matrix and joined M-Tronic for their third album (cf. “Monokultur”) in 2006. After three albums released on Halbsicht Records they’re now back on M-Tronic. “Mo:ral” is available on CD- and vinyl format, but the CD features a few extra songs.

Content: Mnemonic remains faithful to their minimal electro approach. The musicians are operating like real sonic surgeon who are construing and recomposing sounds and noises. There’s a logical fascination for analogue sound treatments, which are definitely more matching with the band’s sound.

“Mo:ral” also reveals many EBM influences, which are mainly noticeable in the solid bass lines. It’s a complex composition, which sometimes moves on the edge of soundtrack music. Spooky passages have been mixed with delicate bleeps and a few robotic vocals/samplings. However most of the songs are instrumentals.

+ + + : Mnemonic can be in a way considered as precursors in their style, which has always been hard to define, but fascinating to listen to. Their passion for noise creation and analogue gear excels and results in several outstanding compositions. I like this stubborn attitude creating a band with its very own sound DNA. The first part of this opus is more a kind of warm-up, which progressively moves towards a great finale with multiple outstanding and more EBM-inspired cuts.

Conclusion: Mnemonic is a band, which never has gained a deserved recognition. They definitely aren’t inferior to other visionary bands dealing with a similar approach although they always remained a bit out of the spotlight. “Mo:ral” is a real great piece of work!

Since you’re here … … we have a small favour to ask. More people are reading Side-Line Magazine than ever but advertising revenues across the media are falling fast. And unlike many news organisations, we haven’t put up a paywall – we want to keep our journalism as open as we can. So you can see why we need to ask for your help. Side-Line’s independent journalism takes a lot of time, money and hard work to produce. But we do it because we want to push the artists we like and who are equally fighting to survive. If everyone who reads our reporting, who likes it, helps fund it, our future would be much more secure. For as little as 5 US$, you can support Side-Line Magazine – and it only takes a minute. Thank you. The donations are safely powered by Paypal.
Tags: EBM, M-Tronic, mnemonic