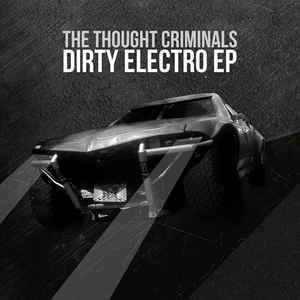 Background/Info: British formation The Thought Criminals has already been active since 2004. They mainly released EP’s and only have one album (cf. “Die Young Stay Pretty”). “Dirty Electro is their third EP released on WTII Records. It seems like they took a break after 3all The Freaks” released in 2009 while they struck back in 2016 with 2 new EP’s.

Content: The Thought Criminals has something typically British. It’s a kind of dirty pop music with some hilarious lyrical passages. It sounds like pure fun, but the songs are still pretty danceable and well-crafted. There also is a song (cf. “Watching You”) featuring cool guitar while it all remains pretty dance-pop driven. The vocals are harsh and powerful.

+ + + : The Thought Criminals feels a bit like punks composing pop music. It’s great fun, but they also have found the secret key to compose efficient and well-crafted music carried by great melody lines and captivating choruses. The guitar running through “Watching You” is pretty orgasmic. I also have to mention the vintage electronics on “Depression” which features noticeable lyrical passages. Nearly all the songs featured on “Dirty Electro” could have been title tracks and it’s not that usual these days to get an EP with multiple main songs and without the usual load of remixes. Respect for this!

– – – : “Dirty Electro” is definitely electro-like, but nearly impossible to qualify as one explicit music style. That’s maybe what might be difficult for this band, but also it is their originality.

Conclusion: If you don’t know The Thought Criminals, this new EP is a great opportunity to get a bit more familiarized with a weird, but talented formation! Time now for a new full length!