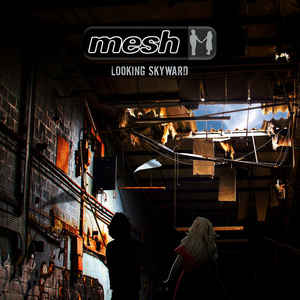 Background/Info: Three years have passed since the “Automation Baby”-album (2013) to see the Bristol based duo of Mesh unleashing their 8th studio album. I realized that it’s exactly 20 years ago now they conquered the scene with their debut album “In this Place Forever”. The new opus has been released in different versions, but the regular one features 13 songs. The earlier this year released EP “Kill Your Darlings” already was a nice appetizer to welcome the new work. The album was produced by Olaf Wollschläger.

Content: It took quite a long time to Mesh to finalize this new opus. They especially took care to collect unique sounds and operated as truly experienced ‘sound-experimentalists’ collecting field recordings, which were reworked in the studio. I can immediately assure the fans that the sound didn’t become experimental at all. It’s just the modus-operandi which became less conventional, but it also proves Mesh is not this kind of band composing with preset sounds.

The global production is pretty powerful. The songwriting is not that different from the ‘familiar’ Mesh successful songs. The tracks are carried by danceable vibes, powerful electronics and elevating melody lines. The vocals of Mark Hockings are once again a real lust for the ears while Richard Silverthorn remains a real pop-guru who has this secret sound elixir to create impressive choruses often ending in a pure climax.

+ + + : “Looking Skyward” remains an album in the purest vein of Mesh. The songs are driven by impressive and powerful pop vibes accentuated by transcendental choruses. The power has been refined by subtle piano –like arrangements. “Looking Skyward” also features a kind of sensible approach, which comes through on some noticeable melancholic passages, but you’ll also feel some joy and happiness emerging from a few songs, on which you’ll spontaneously start to sing some parts of the choruses together with Hockings.

– – – : I didn’t notice real minus points on this masterpiece. Speaking for myself I’m less fascinated by a song like “Before This World Ends”, which is the kind of track where the audience will turn on their lighters above their heads.

Conclusion: The main strength of this new album is the global production process revealing a band that has reached its ultimate point although I’ve to say it’s a feeling I already got on previous albums. Mesh remains faithful to their powerful pop sound, but they never stop increasing the songwriting with a real quest to find and create unique sound sculptures.