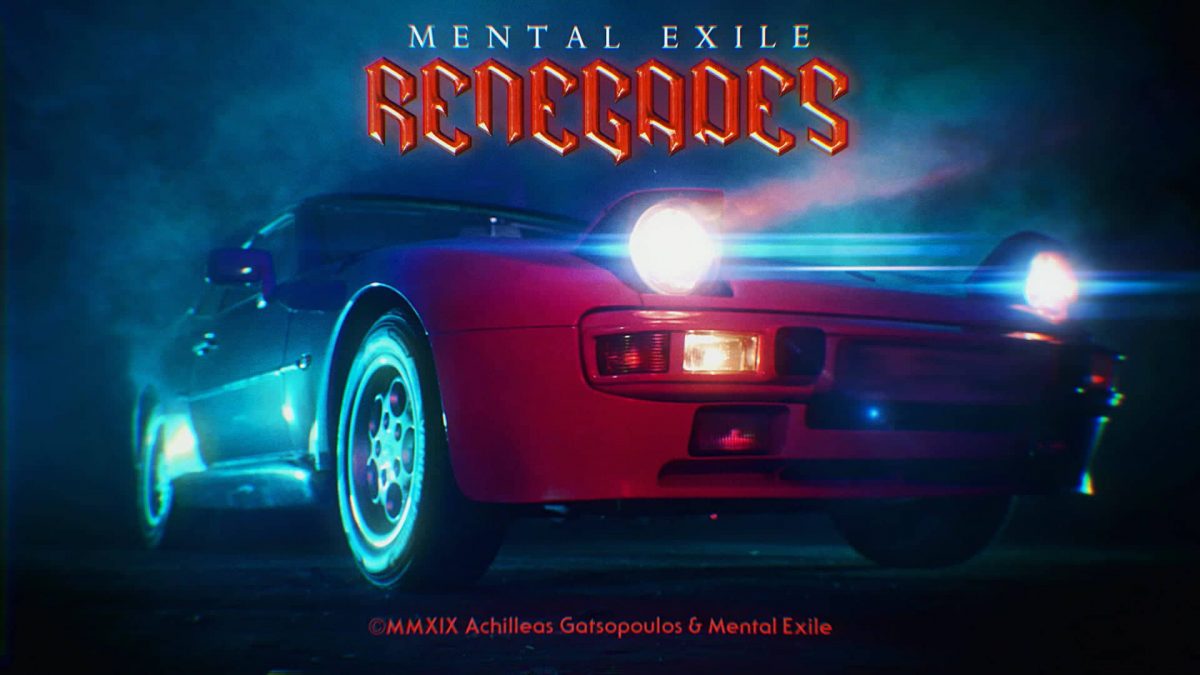 (By our Norwegian correspondent Jan Ronald Stange)
Mental Exile, the solo project of Damasius Venys from Mondträume, debuted a brand new music video for the track ‘Renegades’ on YouTube today (see it at the bottom of the article). Although Damasius is vacationing at the Canary Islands at the moment, we managed to get some more info about the video.

Side-Line: Tell us about the video; the idea, who made it etc.?

Damasius Venys: The video was made by Achilleas Gatsopoulos (aka Hypnagogia films). I knew his work for other artists and I was convinced that he was the right person for this job (and I was right – hehe!). From the beginning my idea was to make a cool synthwave/80’s inspired video. The concept of the song is about a couple who lives at the limit, against everything and everyone, they are renegades and do whatever they want. Achilleas took this idea and he put it on a higher level, converting the couple on vampires who run through the nights of Berlin in search of chaos and blood.

S-L: More videos from Mental Exile in the making?

DV: Of course I like to do more videos, especially for the new album. Let’s see what’ll happen next year!

S-L: Soon you have an album for the Mental Exile album – got any details about that?

DV: I’m really excited for the release of my debut album. I have to say that it means a lot to me and I hope that people can feel this. For the moment the first review I received is from the Sonic Seducer magazine and it is really positive. I hope it will go on like that.

S-L: Other future plans or events for Mental Exile or Mondträume?

DV: At the moment I’m working on new songs for Mental Exile. I’m also preparing the live shows, I want to offer something catchy and I would like to start next year with the live dates. With Mondträume we have some really interesting live dates to present our new album.

The track ‘Renegades’ are taken from Mental Exile’s debut EP ‘Exile Nights’ – read more about it and listen to the songs right here!

Since you’re here … … we have a small favour to ask. More people are reading Side-Line Magazine than ever but advertising revenues across the media are falling fast. And unlike many news organisations, we haven’t put up a paywall – we want to keep our journalism as open as we can. So you can see why we need to ask for your help. Side-Line’s independent journalism takes a lot of time, money and hard work to produce. But we do it because we want to push the artists we like and who are equally fighting to survive. If everyone who reads our reporting, who likes it, helps fund it, our future would be much more secure. For as little as 5 US$, you can support Side-Line Magazine – and it only takes a minute. Thank you. The donations are safely powered by Paypal.
Tags: Achilleas Gatsopoulos, Berlin, Damasius, Damasius Venys, Mental Exile, Mondträume