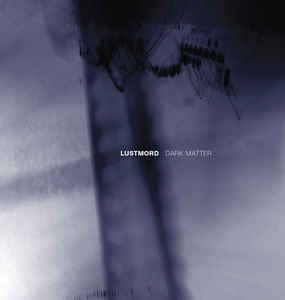 Background/Info: Brian Williams aka Brian Lustmord is one of those genius artists who definitely put his stamp on the dark-ambient music history. Lustmord was set up in the first hours of the 80s and never stopped to take the listeners by surprise. From time to time we get a new studio work, but it appears to be rare so the release of “Dark Matter” is something really special. The album consisting of 3 tracks has been ‘derived from an audio library of cosmological activity collected between 1993 and 2003. It was gathered from various sources including NASA.’

Content: You rapidly will recognize the familiar sound ingredients of Lustmord, which are carried by low, vibrating sound waves mixed with different noise manipulations and field recordings. The songs progressively move towards a kind of sonic zenith empowered by mysterious sound atmospheres.

The work reveals multiple effects creating underwater drones and other impressions of screams that progressively join in. The Lustmord universe has never changed remaining an endless source of imagination and dark fantasies. The overwhelming production leads the listener into terror and that’s exactly what I expect when listening to this kind of music and especially to Lustmord.

+ + + : The sound formula of Lustmord is carried by a dark sound impression that will make you feel uncomfortable and rapidly lead you in a state of paranoia… giving the impression that someone is peeking at you or simply the sensation of an invisible presence around you. This sensation has been created by the overwhelming low sound waves and multiple noise treatments, which became a trademark of this artist. Both first compositions are a dark and divine exposure of Lustmord’s talent.

– – – : I honestly can’t say this is the best Lustmord album in history although I fully enjoyed it. I mean this is not the work you’ll play to introduce Lustmord to someone who never heard of this band before.

Conclusion: If you’re fascinated by space and distant planets, Lustmord will make you discover the sound and noises of space. It’s a haunting experience in sound created by one of the true living legends of dark ambient music.

Since you’re here … … we have a small favour to ask. More people are reading Side-Line Magazine than ever but advertising revenues across the media are falling fast. And unlike many news organisations, we haven’t put up a paywall – we want to keep our journalism as open as we can. So you can see why we need to ask for your help. Side-Line’s independent journalism takes a lot of time, money and hard work to produce. But we do it because we want to push the artists we like and who are equally fighting to survive. If everyone who reads our reporting, who likes it, helps fund it, our future would be much more secure. For as little as 5 US$, you can support Side-Line Magazine – and it only takes a minute. Thank you. The donations are safely powered by Paypal.
Tags: Lustmord, terror