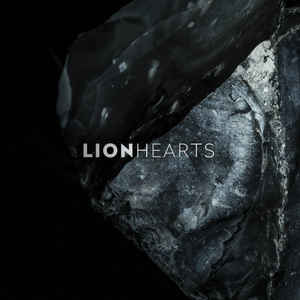 Background/Info: Lionhearts is a new music project set up by Frank M. Spinath (known from Seabound, Edge Of Dawn, Ghost & Writer) and produced by Ben Lukas Boysen (Hecq). The main particularity of this album is that Frank M. Spinath composed the music himself for the very first time.

Content: Spinath’s enigmatic and somewhat intriguing timbre of voice is easy recognizable and again one of the main characteristics of this self-titled album. Sound-wise he alternates between short, instrumental cuts and sung compositions. The sound remains faithful to the artist’s electro-pop direction, but the main difference is the evasive and truly astral dimension of the work.

It’s a relaxing sensation although sometimes dealing with serious subjects. There also is a very minimal and subtle touch supporting the songs and that’s maybe an aspect duo to the production skills of Hecq.

+ + + : Lionhearts took me by surprise. I thought to have already heard all different sides of this musician, but he surprised me unleashing a wafting and minimal-minded composition. I like the minimalism and even experimental format of the songs. Some passages and sound treatments are rawer, sometimes a bit like a contradiction with the artist’s warm timbre of voice. “To What I Don’t Know” definitely is one of the single ‘harder’ cuts of the album and maybe the right song to get released as EP/single title song. Lionhearts truly sounds as an intimate and artistic exorcism.

– – – : The minimal approach and experimental treatments maybe makes this new project as one of the less accessible from Frank M. Spinath. But on the other side this is not an artist who’s repeating himself. I just regret there are that much short instrumental cuts running through the tracklist. “Lionhearts” is a challenge so time will tell if the fans are going to love it or not.

Conclusion: It’s hard to say if this is my favorite project featuring Frank M. Spinath, but it for sure is the most different and even atypical one. I personally enjoyed this work.