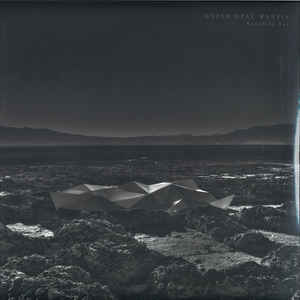 Content: After the previous album (cf. “Cory Arcana”) released in 2015 I was really wondering what the new full length would sound like. Kangding Ray remains driven by the passion of sound creation, mixing dark-technoid elements together with more sophisticated and intelligent, icy sonic textures carried by somewhat bombastic rhythms. I think this artist is more active in the upper class of electronics instead of simply being labeled as a techno artist.

Some passages are quite trance-minded while other parts are driven by evasive sequences. I sometimes get the impression of hearing a fusion between Front 242 (for the great sound treatments) and techno music, which can only give birth to an intelligent sonic format.

+ + + : I was again impressed by the sound creativity of this artist. Kangding Ray stands for high-tech electronics, driven by impressive sound manipulations and sophisticated structures. It’s a cold and danceable sound carried by a hard kick. There are multiple transcendental passages running through this opus and I especially refer to the first half of the album, which is astonishing. This artist is not just a sound architect; he’s a real guru hold many disciples in his grip.

– – – : Both last cuts are not the most inspiring ones and definitely not representative for the genius of this artist.

Conclusion: “Hyper Opal Mantis” sounds a bit like Front 242’s “Geography” from the ‘modern ages’. This work is an absolute masterpiece for all lovers of elaborated and intelligent electronics.