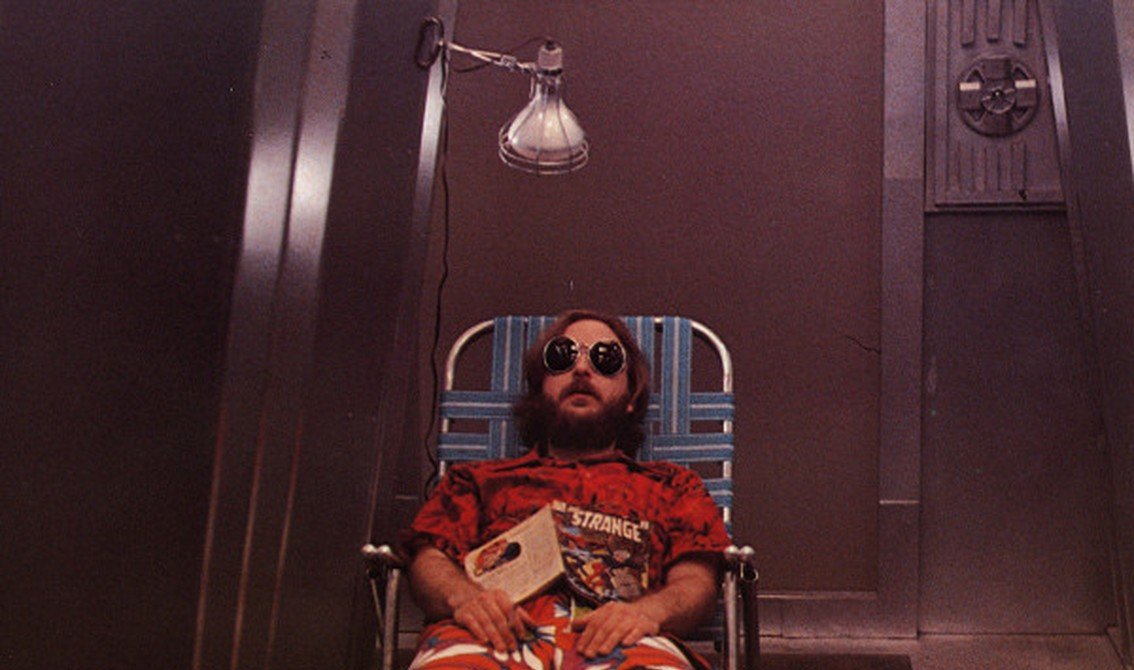 Out by the end of March via WRWTFWW Records is a reissue of the original motion picture soundtrack for John Carpenter’s “Dark Star” (1974) including extra bonus tracks. This limited edition double vinyl combo comes with a 12″ and a 7″.

The 12″ is a remastered version of the original motion picture soundtrack consisting of incidental music, sound effects, John Carpenter’s synth experimentations, dialogue excerpts, and vintage interferences extracted directly from the film roll. The 7″ is red with a yellow label circled in black (in pure beachball alien fashion) and contains “Ode to a Bell Jar” remade by loyal Carpenter collaborator Alan Howarth, the fan favorite “Benson Arizona” remade by Dominik Hauser, the very sought-after “When Twilight Falls on NGC 891” by Martin Segundo & the Scintilla Strings (known as James Clarke’s “Spring Bossa” in the real world), as well as endless loops of sound effects from the movie.

You can order this set right here, or check the complete track list.

“Dark Star” was directed, co-written, produced and scored by John Carpenter, and co-written by, edited by and starring Dan O’Bannon (“Alien”, “Lifeforce”, “The Return of the Living Dead”).

The plot of the film goes as follows. In the mid 22nd century, mankind has reached a point in technological advancement that enables colonization of the far reaches of the universe. Armed with artificially intelligent “Thermostellar Triggering Devices”, the scout ship “Dark Star” and its crew have been alone in space for twenty years on a mission to destroy “unstable planets” which might threaten future colonization of other planets. Due to the damaged ship’s computer (he’s going indie so to speak), the crew gets into trouble. 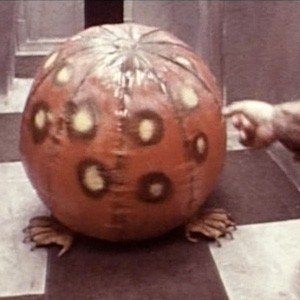 For theatrical release, parts of the film were re-edited to make it feel like a 3-part story and extra footage was filmed to add substantial running time because originally the film was a 68-minute student short filmed on 16mm film. Later on John Carpenter and Dan O’Bannon re-edited the film into a “director’s cut”, removing much of the footage shot for the theatrical release and adding new effects.

Although it was marketed by the production company as a serious science fiction film, it’s clear that John Carpenter and Dan O’Bannon wanted it to have lots of humor. The audience didn’t get it and “Dark Star” suffered from not reaching the intended audience. Nevertheless thanks to the home video cassette revolution of the early 1980s, “Dark Star” became a cult film among sci-fi fans, just like that other sci-fi turd “Dune”. Small detail, the “Beachball with Claws” segment of the film was reworked by Dan O’Bannon into the 1979 science fiction-horror film “Alien”.

Here’s the trailer for “Dark Star”: