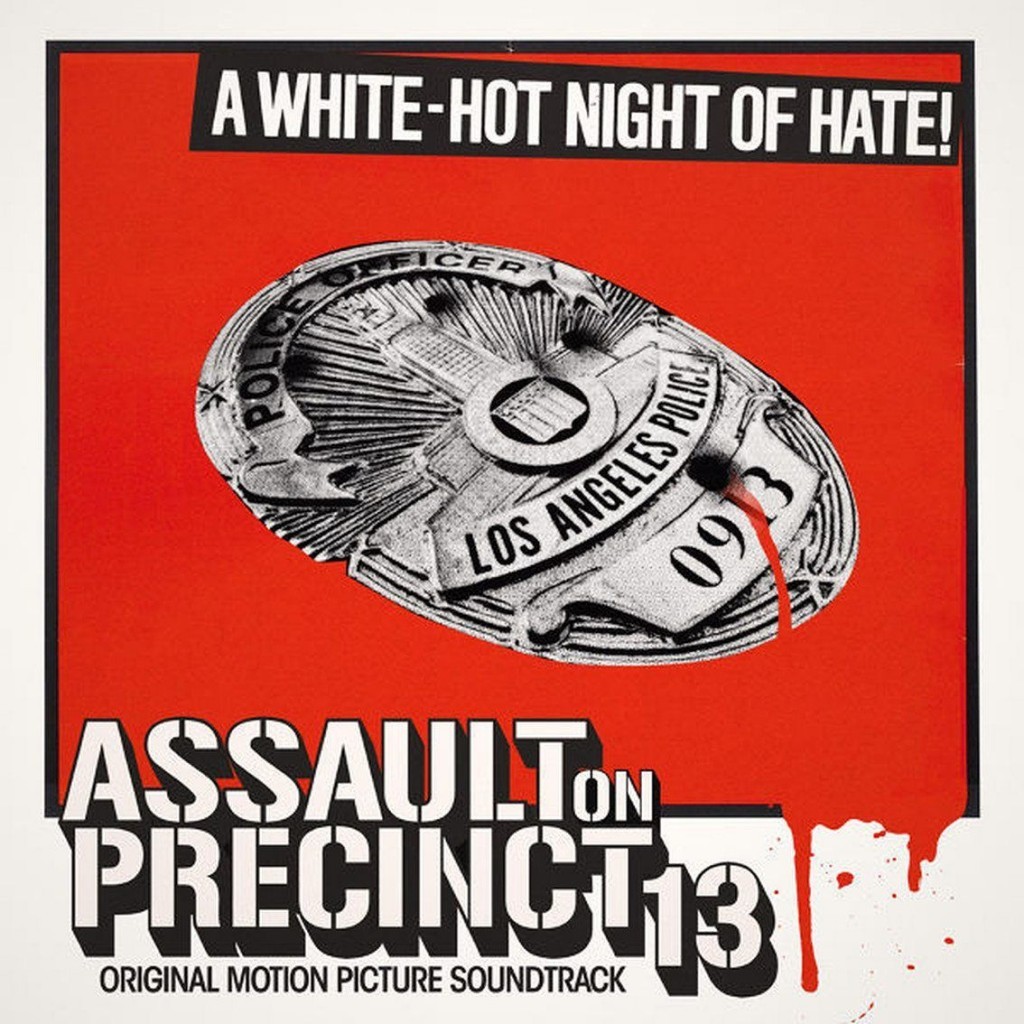 John Carpenter fans, attention. 2 classic, cult really, releases by this famous composer (and film director and much more) are being issued on vinyl in a re-recorded version.

The first one is “Assault on percent 13”, which is available as a picture vinyl and as a normal black/white vinyl. “Assault on Precinct 13” was the first feature film Carpenter made after film school, and he made it partially as an urban reimagining of “Rio Bravo”, a film by his idol, Howard Hawks. In Carpenter’s movie, a soon-to-be-closed police precinct is placed under siege by a gang who have taken a blood oath to kill someone inside.

The theme’s main synthesizer line was partly inspired by the score to Dirty Harry and Led Zeppelin’s “Immigrant Song”. This 12″ release includes the themes to “Assault on Precinct 13” and “The Fog”, newly rerecorded by Carpenter and his Lost Themes bandmates.

Next is “Halloween”, also here available as a picture vinyl and as a normal black/white vinyl. This 12″ release includes the themes to “Halloween” and “Escape from New York”, newly rerecorded by Carpenter and his Lost Themes bandmates.