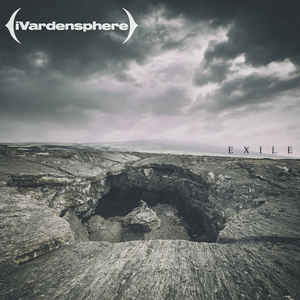 Background/Info: Canadian iVardensphere is one of those ‘phenomenon’ active at the underground scene. The band became a kind of collective featuring Scott Fox, Jamie Blacker,
Yann Faussurier, Sean Malley and Chuck Murphy. They’ve already released a huge number of productions and are now back on track with this new opus featuring 9 songs.

Content: iVardensphere moves on experimenting with harsh industrial bombast, tribal percussion and dark electronic sound sculptures. The opening cut features ethereal-like vocals by Mari Kattman. Quite progressively iVardensphere moves towards their familiar sound, which is also carried by a mind-blowing production. They here and then experiments with some funny ideas such as “Kagu-Tsuchi” featuring a kind of Asian-like tune. But the best part of the work comes at the end with astonishing cuts where the industrial-tribal element of the band comes really through.

+ + + : The main strength of this band is their sound, which is rather unique. iVardensphere has been linked with This Morn’Omina, which is a link I totally understand for their originality and industrial-tribal approach although they’re numerous differences as well between both bands. It just illustrates their creative approach and all the work they put in the percussions, and also in the global writing.

The experiment with Mari Kattman also is a real interesting and successful song. But the best cuts are at the end. I refer to the blasting “War Dirge” and “Seven Gates”.

– – – : “Exile” is quite diversified and that’s maybe why a few cuts are less convincing. I especially think to the previously mentioned “Kagu-Tsuchi”, which is maybe original, but still missing an apotheosis. “Thin Veil” is another cut, which can’t fully convince me. I’m not a huge fan of the furious and somewhat metal-sounding vocals running through this song. I definitely prefer the instrumental tracks of  iVardensphere.

Conclusion: iVardensphere became a recognized and praised name belonging to the wider fields of industrial music, but less related with most of the projects active in this scene. This new opus confirms their efficiency to compose something unique, which first of all remains a creative sonic osmosis between multiple influences.

Since you’re here … … we have a small favour to ask. More people are reading Side-Line Magazine than ever but advertising revenues across the media are falling fast. And unlike many news organisations, we haven’t put up a paywall – we want to keep our journalism as open as we can. So you can see why we need to ask for your help. Side-Line’s independent journalism takes a lot of time, money and hard work to produce. But we do it because we want to push the artists we like and who are equally fighting to survive. If everyone who reads our reporting, who likes it, helps fund it, our future would be much more secure. For as little as 5 US$, you can support Side-Line Magazine – and it only takes a minute. Thank you. The donations are safely powered by Paypal.
Tags: iVardensphere