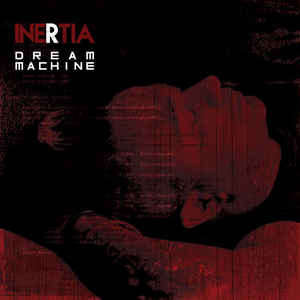 Background/Info: Reza Udhin and his gang are back on track with a new Inertia album. Inertia is a band that went through several line-up changes, experimenting with different influences, but which always remains an exciting band to follow.

Content: Inertia is not exactly repeating themselves. If you remember the early period of the band and you now listen to “Dream Machine” you even get the impression that you are listening to another band. This band anno 2017/2018 reveals a mature production, built up with solid bass lines, beautiful synth lines, multiple cinematographic passages, great and often sexy vocals (featuring several male-female duos) and even a surprising cover version of Peter Gabriel’s “Games Without Frontiers”.

+ + + : “Dream Machine” is an open-minded piece of work featuring noticeable sound sculptures and always accomplished with superb synth lines supporting the songs with grace. The cinematographic style is something ‘new’ the band progressively developed during the past few years and maybe reaching its climax on “Dream Machine”. “Starlight” is a beautiful song illustrating the soundtrack skills of the band. There also is some ‘drama’ running through the work, which creates a delicious symbiosis with the bombastic arrangements at one side and the sensual vocal (duos) at the other side. “Dream Machine” is an album filled with emotion, musical reverie, but still has this original ‘naughty’ industrial sound approach.

– – – : I’m not totally convinced by the Peter Gabriel cover version. I think the main point with this new album, symbolizing the evolution of Inertia over the past years, which is no longer comparable with their hard-hitting electro-industrial EBM sound of the 90s.

Conclusion: “Dream Machine” has something refreshing and even a little bit visionary for its electro-cinematographic style filled with emotion and drama. Speaking for myself I think it’s their best album in years!