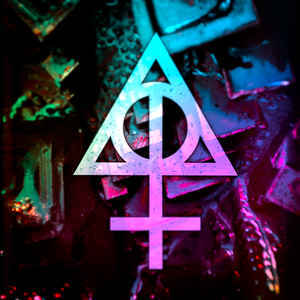 Background/Info: IIOIOIOII (pronounced I.O.) was set up by Christopher Gurney in 2012. After a self-released debut-album (cf. “Reflect”) and EP he got signed to the now lost Juggernaut Music Group on, which the second album “Sun” got released in 2014. IIOIOIOII last year joined AnalogueTrash unleashing “Post Brimstone” as a 5-track digital release. This EP has been now re-released featuring one extra song plus 3 remixes.

Content: If you’re already familiar with the electro-pop style of IIOIOIOII you will immediately recognize the band’s approach. The songs reflect a rather soft-electronic style supported by moody passages. The music is filled with reverie and astral bleeps. It also is a delicate composition, which mainly comes through in subtle piano arrangements. Some parts are even pretty soundtrack-like. The vocals are quite clear and filled with a melancholic touch.

The new song “In Disguise” has a retro-like feeling featuring simple, but nice synth parts. It also is a sweet, danceable song.

The remixes by Nature Of Wires, Sølve and especially Avarice In Audio all inject a more danceable and even club-minded approach.

+ + + : IIOIOIOII is an interesting band composing a rather simple electro-pop sound, but accomplished with grace and reverie. The music also has a kind of visual strength, which makes me think of a soundtrack composition. Into a real pure soundtrack approach, this EP reveals the beautiful “Until There’s Nothing Left To Us”. There’s no rhythm running through this song, which only accentuates the melancholic touch.

The remixes add a real extra to this EP. IIOIOIOII was transposed into harder dance vibes with a real club-approach. That’s precisely what an EP needs to get a chance on dance floors.

– – – : IIOIOIOII is more the kind of pop music to listen to instead of dancing to. It’s relaxing, but sometimes maybe a bit too much into space atmospheres. The remixes are the total opposite for being harder and danceable, which will maybe disappoint the lovers of the band.

Conclusion: This EP has something pretty schizophrenic. You have the more evasive and atmospheric approach of IIOIOIOII next to heavier dance remixes. It creates a somewhat versatile release, but probably accessible for a wider audience.

Best songs: “One Moment”, “Until There’s Nothing Left To Us” + “We Are The One – Avarice In Audio Remix”, “One Moment – Nature Of Wires Remix”.

Since you’re here … … we have a small favour to ask. More people are reading Side-Line Magazine than ever but advertising revenues across the media are falling fast. And unlike many news organisations, we haven’t put up a paywall – we want to keep our journalism as open as we can. So you can see why we need to ask for your help. Side-Line’s independent journalism takes a lot of time, money and hard work to produce. But we do it because we want to push the artists we like and who are equally fighting to survive. If everyone who reads our reporting, who likes it, helps fund it, our future would be much more secure. For as little as 5 US$, you can support Side-Line Magazine – and it only takes a minute. Thank you. The donations are safely powered by Paypal.
Tags: AnalogueTrash, IIOIOIOII, Sølve