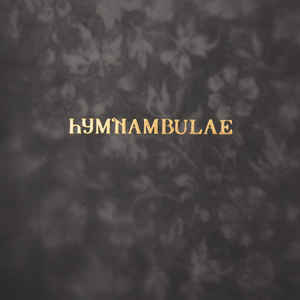 Background/Info: Hymnambulae is a Swedish project created by Pär Boström (Kammarheit, Cities Last Broadcastand) and Åsa Boström. This is their debut-album, which was meant as ‘a mythological house between worlds, a ceremony taking place; combining the siblings’ symbolism.’ Hypnagoga Press is their record label and also the publishing house for their personal work.

Content: “Orgelhuset” invites the listener to join a world of sonic experimentalism made of numerous field recordings and accomplished by elements of dark-ambient music. We’re walking throughout dark sound corridors empowered by humming blasts. A few spoken words emerge from an unknown space. This kind of ghost-like effect is only reinforcing the obscure character of the work.

Quite progressively “Orgelhuset” reveals a few Eastern sound colors creating a cool mystic effect. The work however quickly gets back to its experimental approach featuring new field recordings of some classical instruments and voices as well. The voices are now spooky again and then more into a freaky, theatrical way.

+ + + : Hymnambulae has perfectly mixed pure experimentalism and dark-ambient elements. I like the progression running through this work, which even finds a climax at “Ett Ord Från Öknen”. Nevertheless the experimental approach, the work remains pretty accessible because of the ambient input. There are also is a noticeable fascination for voices’ samplings adding a real bonus to the sound.

– – – : The experimental approach is not always the most accessible element of the work. It creates an abstract feeling, which is not easy to seize while it also makes the particularity of the work.

Conclusion: “Orgelhuset” is an album that needs a few listening to really get into it. It also feels like a work featuring a deeper ‘message’ within, which will possibly appeal for some secret images of our inner world.