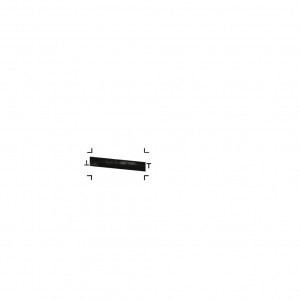 Background/Info: “CSLM” (cf. “Conversations Sur Lettres Mortes”) is a project by Jesse OsborneLanthier and Grischa Lichtenberger. You for sure know both artists and producer if you’re already familiar with the great and visionary Raster-Noton label. “CSLM” was first realized for “Mutek / Elektra 15” arts-festival in 2014 Montréal (Canada). The work has now been released on Cosmo Rhythmatic.

Content: It’s not that easy to define the style of this duo. We feel like we are facing two operators active in a complex sound laboratory. The main essence of the work appears to be the creation of noises and the manipulation into icy treatments and glitch-like sounds. You also will notice broken rhythms and multiple crashing noises, creating a somewhat industrial touch.

It definitely stands for a unique and somewhat crazy approach in sound. It feels like there’s no real compromise, but just an archaic way of creating and manipulating noises. It sometimes reminds me of early Autechre, but with a more extreme result.

Next to the 6 original tracks we also get remixes by Low Jack, Gábor Lázár and Rabit. All the remixes hold onto the experimental vision and they even move further into experimentalism.

+ + + : Jesse Osborne Lanthier and Grischa Lichtenberger don’t really care about established standards and conventional music. They clearly have exorcised some hidden sonic ideas resulting into a creative sound outlet. This is the work of noise engineers who seem to be more concerned with the creation of sounds properly speaking instead of composing songs. This is a kind of creativity that contemporary music is missing.

– – – : This is the kind of concept, which clearly sounds like being part of a wider and greater artistic creation, like the meeting point between different arts. That’s why it also sounds less accessible and you really have to be into this kind of experimentalism to appreciate the creation.

Conclusion: This work reminds me of early 80s creations, which were into pure experimentalism and without any limits. This is pure artistic freedom and total sonic anarchy, but unfortunately not accessible for the wider masses.

Since you’re here … … we have a small favour to ask. More people are reading Side-Line Magazine than ever but advertising revenues across the media are falling fast. And unlike many news organisations, we haven’t put up a paywall – we want to keep our journalism as open as we can. So you can see why we need to ask for your help. Side-Line’s independent journalism takes a lot of time, money and hard work to produce. But we do it because we want to push the artists we like and who are equally fighting to survive. If everyone who reads our reporting, who likes it, helps fund it, our future would be much more secure. For as little as 5 US$, you can support Side-Line Magazine – and it only takes a minute. Thank you. The donations are safely powered by Paypal.
Tags: Jesse Osborne Lanthier & Grischa Lichtenberger