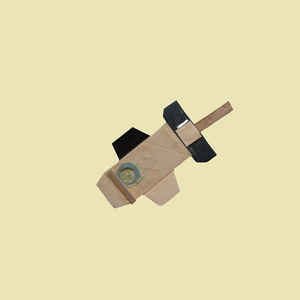 Background/Info: Harold Nono is a formation that doesn’t release album on regular basis. “Ideeit” is the 4th full length since “Harold Nono” released in 2002 and which also was the first release on the Scot Bearsuit Records.

Content: “Ideeit” moves in between different influences. It mainly sounds soundtrack-orientated featuring ambient passages and neo-classical influences. In the end it all together sounds pretty experimental, but rather accessible. The slow driven cadence running through some tracks is a good remedy against total experimentalism.

It’s an open-minded experimental production, which sometimes moves on the edge of pure abstract music. But then it creates a real contrast with the artistic neo-classic passages like cello playing. It’s an astonishing experience in sound, but with a unique approach.

+ + + : The experimentalism of “Ideeit” opens new horizons or at least less explored sonic paths. I like this creative approach mixing pure experimentalism and abstract noises together with a classical touch. It’s the kind of music that would totally fit with a visual creation.

– – – : You really need a few listenings before you can totally seize the hidden beauty of this composition. It clearly doesn’t sound like the most accessible work and the work is hard to classify as an established music genre.

Conclusion: Harold Nono has totally seized the meaning of artistic freedom, which results in a kind of free-experimentalism project that would totally match as soundtrack for a surreal short film.