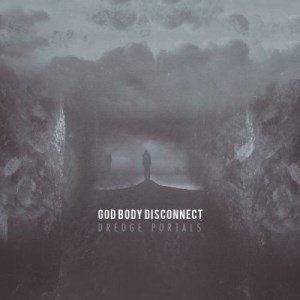 Background/Info: Cryo Chamber has signed this American solo-project set up by Bruce Moallem. This is the debut album by God Body Disconnect.

Content: The least I can say is that God Body Disconnect doesn’t sound like the average dark-ambient formation. There’s a solid and poignant obscure atmosphere emerging from the low sonic waves, which have been mixed with multiple field recordings. But the most creative aspect of the work can be find in the somewhat psychedelic guitar passages, which move in between reverie and chilling parts.

Moallem has found an interesting sound concept with a wider spectrum of influences. It’s quite fascinating to hear the way he mixes pure, cold sounds together with guitar. It feels a bit like a human trace on a planet where all life has been lost. The field recordings appear to be really important in this work. We move from aquatic ambiances to hard explosions to a ringing telephone to heavy thunder. It all perfectly matches with the chilling sounds of this album while a few spoken words can be heard now and then. It’s a spooky element reinforcing the dark power of this composition.

The last track is a bit different and more into pure cinematographic reverie. There’s a cool piano mixed with the sound of waves.

+ + + : The guitar has been used in a surprising, original and efficient way. It brings a wider dimension to dark-ambient music.

– – – : The work is maybe not dark enough for lovers of ‘pure’ dark-ambient music.

Conclusion: God Body Disconnect took me by surprise, unleashing an original and efficient work, which crosses over the limits of dark-ambient.