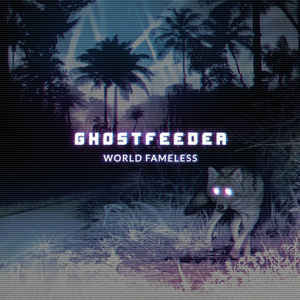 Background/Info: Hailing from St. Petersburg (Russia) Ghostfeeder is a rather new name dealing with a mix of electronics and rock music. The band went on tour together with En Esch in 2015. “World Fameless” is the debut full length of this formation.

Content: From start on you rapidly will notice a mix of electronics and rock music. The drum sections and guitar are pretty rock-minded while the electro parts reveal some pop inspiration.

Most of the tracks are characterized by an interesting progression in the song structure. Some of the choruses reveal powerful outbursts. Next to a few powerful cuts the album also features a few softer pieces, which however remain pretty rough in sound.

+ + + : “World Fameless” reveals an interesting progression in the global structure of the composition. There’s a good balance between electronics and guitar. The guitar parts are quite powerful while the electronic treatments are made of dirty/raw electro sounds. Globally speaking the work is diversified and feature the contribution of En Esch as a special guest on the song “The Vampire Youth.”

– – – : Ghostfeeder is not exactly innovating in sound. Some tracks are rather powerful, but there’s no real climax and that’s what this album is mainly missing.

Conclusion: I can imagine this is the kind of music that could be more successful played live instead of listening to the CD. It’s not bad, but definitely not transcendental.

Best songs: ”Claws And Teeth”, “Let The Wolves Inside”.