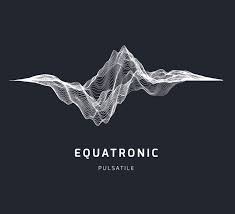 Background/Info: Zoith Ommog was the label which discovered German synth-pop project Equatronic. That was back in the late 90s and 20 years after their official debut album Equatronic now unleashed their sixth studio album. The past few works of the band were released on Oliver Thom’s (singer) own label Koi Records.

Content: Equatronic remains pretty faithful to their main sources of inspiration, which are getting back to some 80s productions. The shadow of Depeche Mode hangs over several songs, but I also can mention early Simple Minds. The album also features more indie-orientated songs, which are a bit more into rock mixed with electronics. The guitar  reinforces the production.

“Pulsatile” is a diversified work, which moves from retro-like electro standards and other moody pieces towards a few more contemporary influences, which now and then might evoke Mesh.

+ + + : Equatronic hasn’t lost their initial taste to compose cool although stereo-typical electro-pop. I don’t care about possible links with Depeche Mode when the songs are accomplished and catch my attention. And that’s precisely what happened on the opening song, but still the very efficient “Hide And Seek”. There’s a perfect harmony between the electronic, melodic lines and other cool bleeps at one side and the empowering guitar riffs at the other side. This is also a band playing real drums, which also injects a rock touch to the work, but still some extra energy. That’s probably the main evolution with the early years of the band I was evoking.

– – – : Despite of the multiple positive elements running through this album I also noticed a few songs, which left me a bit skeptical. Songs like “Tears Again”, “When Stars Collide” and “My Emptiness” sound pretty average-like without real passion and globally speaking a bit suffering on the  production work.

Conclusion: “Pulsatile” is an album like so many other productions, which reveals a few great songs, but also a few cuts you’ll quickly forget. That’s not that strange at all, but the gap between both groups is flagrant. But in the end it’s an album, which will ravish the fans!