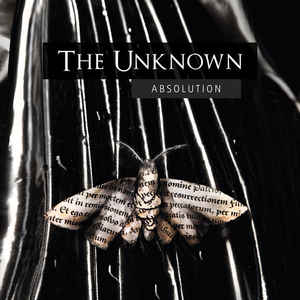 Background/Info: The Unknown is a German formation featuring Oliver Thom (Equatronic, Koi Records label owner) assisted by singer Lavina Lane and guitarist Jan Schäfer. “Absolution” is the second album from the band, which just as its predecessor has been digitally released on Trisol.

Content: “Absolution” clearly sounds inspired by darker music genres such as gothic and even metal, but also reveals a more polished and even pop-driven electro-pop side. The harder cuts remind me a bit of Within Temptation, but the charismatic voice of Lavina Lane also reminds me of a ‘female’ version of The Eternal Afflict.

+ + + : “Absolution” is a pretty versatile piece of work, which is covering multiple influences. I like this wider spectrum of influences, which the band perfectly exposed in their harder pieces, and also in the more electronic driven ones. The last song even reveals industrial treatments and here again The Unknown realized a perfect fusion with the other elements running through the song. The songs are dynamic, well-crafted and sung with passion. This is the kind of work that might appeal to a wider audience of underground music lovers.

Conclusion: “Absolution” is an entertaining production, somewhat atypical for its mixture of numerous influences.