Interview of Zombie Girl: The return as a teaser to the upcoming new album! 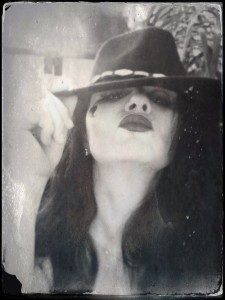 SL: Zombie Girl is back so what does it mean to be back on track with this band and especially without Seb Komor?

Renee: it’s great to be doing this without Seb. I can have the music exactly the way I want it to be, write any lyrics I want and I love it.  I’m looking forward to performing again and meeting fans. I’ve worked hard to get this album out and this is only the beginning of a great adventure which was postponed. Now it shall continue, as it was meant to.

I don’t know what everyone out there reading this thinks about dreams, but, and I’m not joking when I say that a great deal of the new lyrics were in my dreams and a lot of the music. They were playing on the radio in my dreams and I was singing them, so I think that they had to be released into our real world. Hey, maybe this is the dream and dreams are actually reality. Not an original thought, but oh well.

Now I’m free and going to spread my arms and kiss the sky!

SL: With a different line-up it all must be like a new start so how do you expect things evolving?

Renee: Well, as far as different producers and their influence and guidance, that is as far as a line up would be. But Zombie Girl is a solo performer.  I am not a band. I’m one woman and I will use various musicians on stage, but no, there is no band. It’s just me. Next album, a different producer.

I see myself evolving. I think only good things will happen.

SL: What are you actually working on and can we expect more new stuff from Zombie Girl during the coming months?

SL: Did you expect the huge success around Zombie Girl and what’s the explanation to this success?

I don’t have an explanation other than I’m a pretty good singer and it’s good music to dance to, sing along or just listen too. People like that.