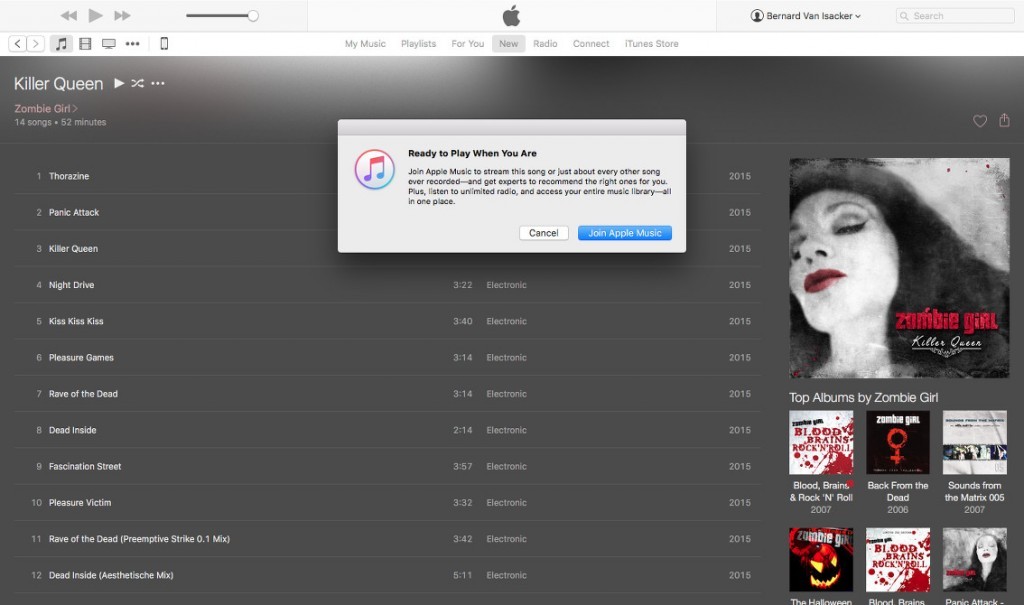 We noticed a few weeks ago that links to products in the iTunes store no longer worked, instead you were forced to take a streaming subscription (or use Apple Music if you had already subscribed). Initially we thought it was just a test, but no, it seems Apple is determined to go streaming only. A bit odd as a tactic because many magazines, bands, etc. use the links to drive downloads, not streams. Surprisingly no single tech magazine has published a news story on this.

You can still access products in the iTunes store though, but the links to these products just no longer work as they should (see for instance this link which should lead you to the iTunes store, but which instead leads you – via a page in-between – to the above Apple Music screen in iTunes). As a result Side-Line (just like many other magazines) will completely stop referring to products in the Apple store since they are now very user-unfriendly. As a reader you expect to be able to download something in the iTunes store, not being forced into a streaming subscription for Apple Music.

The only work around is to add “&app=itunes” to the url when you have it copied from the iTunes store (thanks to Cyber Noise for the tip).

The way Apple handles this makes you believe that the adoption of Apple Music (and its bugs) is probably very slow and largely underperforming. At the moment Apple Music has over 15 million users, with 6.5 million of those paying $9.99 a month and 8.5 million still on the three-month free trial. Spotify has at the moment more than 20 million paying customers.

Apple has had quite some difficulties finding a place for Apple Music in the streaming market. The product itself received mixed reviews at launch for its unintuitive interface, a lacking Chromecast support, the amount of bugs and battery life problems and its offline services being contingent on using the iCloud Music Library feature.

There is no information available as to how much traffic iTunes used to get from outside sources, so it’s rather unknown what the impact of this unannounced move will be.