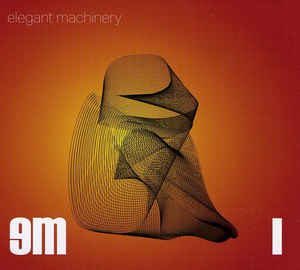 Background/Info: Swedish electro-pop band Elegant Machinery became one of the most praised and famous bands in the genre during the 90s. They split at the end of the 90s, but came back to life around 2005-2006 to unleash a new full length “A Soft Exchange” in 2008 on Out Of Line. Again the band was put in standby and is now back again with this new EP, which is announced as the first of a trilogy. Elegant Machinery is still driven by Robert Enforsen, Lesly Bayne and the help of Jonas kröjtz (writing, mixing, mastering and production).

Some passages are pure vintage-like and one band, which comes into mind is Heaven 17 on “Wheels In Motion”.

+ + + : “I” sounds like a good-old EP featuring 4 different tracks. There’s not one single remix and that’s an approach I really like. The sound of this Swedish formation remains driven by the real true-old spirit of electro-pop with a few 80s elements on top. The vocals totally fit into the work and Enforsen hasn’t lost his magic effect. The opening song “I Say” is one of the most noticeable cuts, but I also like the last and sweeter song “Future Breakup”.

– – – : The comeback of Elegant Machinery is a damn good thing, but I still want more. The tracks are pretty short (all are just going over 3 minutes) and even if it concerns cool tracks there’s no real new mega-hit!

Conclusion: Elegant Machinery is already back on track and that’s great news. “I” is a cool return although not their best production ever.

Since you’re here … … we have a small favour to ask. More people are reading Side-Line Magazine than ever but advertising revenues across the media are falling fast. And unlike many news organisations, we haven’t put up a paywall – we want to keep our journalism as open as we can. So you can see why we need to ask for your help. Side-Line’s independent journalism takes a lot of time, money and hard work to produce. But we do it because we want to push the artists we like and who are equally fighting to survive. If everyone who reads our reporting, who likes it, helps fund it, our future would be much more secure. For as little as 5 US$, you can support Side-Line Magazine – and it only takes a minute. Thank you. The donations are safely powered by Paypal.
Tags: EBM, Elegant Machinery