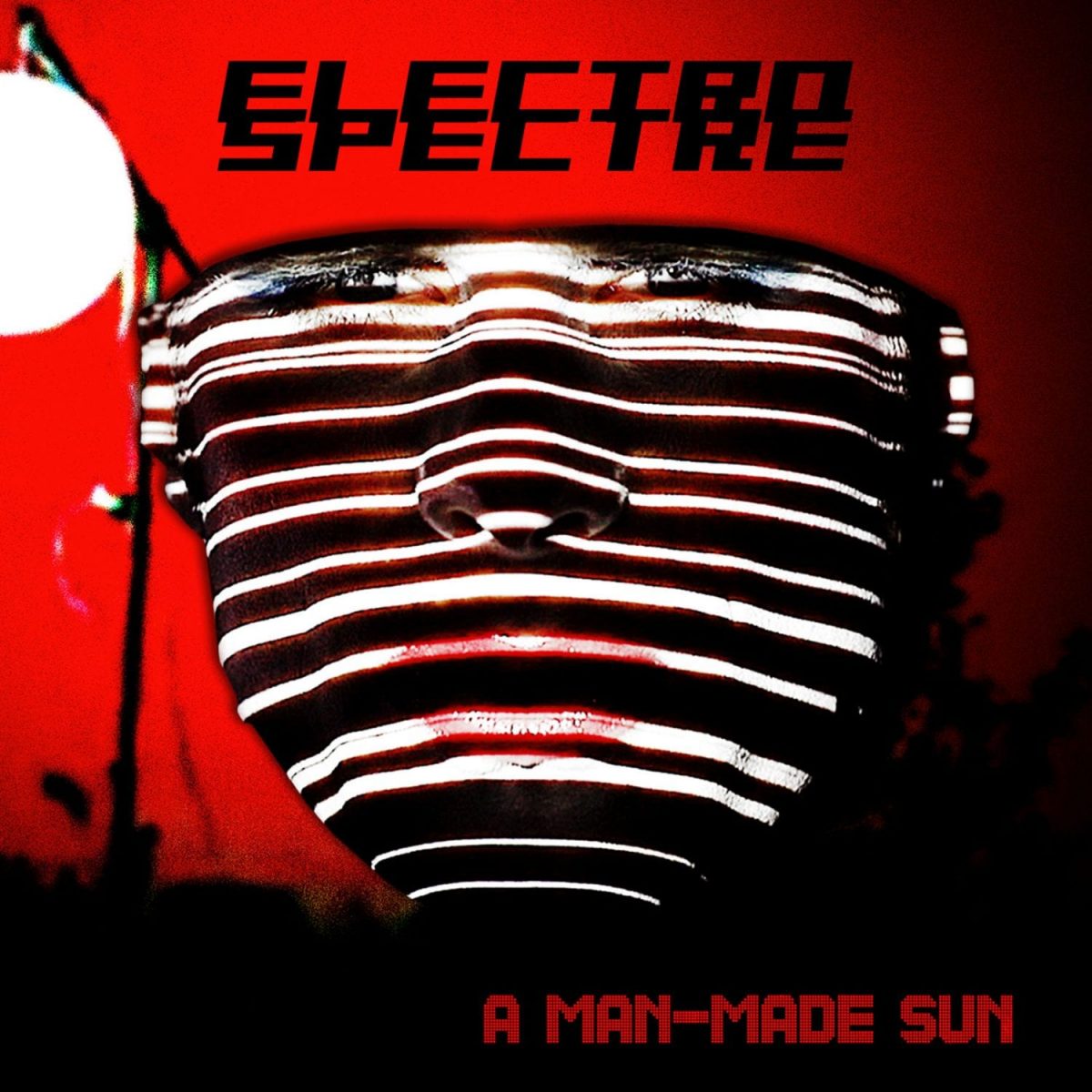 (By our Norwegian correspondent Jan Ronald Stange)
On October 19th Isak Rypdal and Alexander Bjørneboe of Electro Spectre returns with their 5th studio album titled ‘A Man-Made Sun’, a much anticipated album we are highly curious about after the preceding single and EP releases. I met up with the guys in Oslo to talk about the album & more.

Side-Line: What has the process behind the new album been like?

Alex: Well, we never want to repeat ourselves. The feeling of standing still will in many respects contradicts creativity. We play around with ideas, and some tracks grow in an interesting way, some are put on ice for later. We rarely have a plan for where we want to go creatively, so our new album is not the result of a fixed direction. To begin with, we didn’t even decide to make an album. It just sort of manifested itself after a while. We are always making music, and after a while you realise a new album is in the barrel. In the end everything came out really well.
Isak: This time Alex went to Vietnam on a two month journey to find time and inspiration to write new lyrics for the album. At the same time I went back in the studio to experimenting with a lot of new sounds and melodies for a new album.
We actually had no plan, except challenge our self to make an album we think is up there fighting with the major league of bands making modern electronic synth-pop. We also wanted a lot more punch and beat to the songs this time, as a contrast to the “quieter” album ‘Beautiful Lies’.

S-L: Do you want to reach a bigger audience with a more uptempo and pop oriented album?

Alex: We do. As a point of departure, I would like to point out that making music, and performing music, is for me not possible if I can’t truly relate to it. I mean, to be a vocalist is to me like being a storyteller. In music and words you try to bring something across. And it would not work if I don’t feel that it is of some importance, that it means something to me. At the same time; when you have been doing this for a while, you want your music to spread to new audiences, to try to reach new people. Music is communication after all. It would be difficult to continue to make music if there was no interest. That’s like having a conversation with someone who is not listening. I guess we have all experienced that, and it doesn’t make sense over time.
So yes, we always want to reach a bigger audience.

S-L: And is A Man-Made Sun an album you would expect to be able to win over more fans?

Alex: I certainly hope so. It is an album that has that core Electro Spectre sound, but at the same time contains a… Let’s call it a constructive variation. Some tracks are cool and punchy, some are more dwelling, some are playful, some are… well, beautiful. Whether you are at a party, or it’s the day after the party, there are tracks that will get you in the right mood, or reflect your feelings. At the same time I think the album works really well both as a collection of individual tracks and as a whole. People have different approaches to the album format. For some people a few of the songs will be a lot more played than others, for some people the album as a whole is an important part of the listening experience. Either way, I think most listeners will find something they really like, and hopefully will feel the need to have Electro Spectre as a musical reference in their lives.

S-L: What is the meaning of the title ‘A Man-Made Sun’? Are you at the center of the Solar System now?

Alex: Ha-ha! Hopefully, yes. Well, we have always had an interest in the futuristic visions of mankind, as seen in movies and literature, and heard in music. Not least during the 80s, where glammy optimism went hand in hand with dystopic scenarios related to cold war, and where an interest in outer space, in the machines of tomorrow, in robots and scientific progress played an important part in art and pop culture. It is no secret that Electro Spectre has a strong love for some of the music from the 80’s. Also, I guess the contradiction that a man-made sun both indicates a thing of beauty and an engineered monstrosity is mind-tickling. Since it is a concept that is hard to fully understand, it plays well as a title. We like to fuel the listeners imagination.

S-L: What do you think about the response for the remix contest you announced for the single ‘The Way You Love’ this summer? Among others we noticed that Zeromancer front man Alex Møklebust did a great SnifferGod remix for the song. What other remixes are worth mentioning?

Isak: It was great, borderline overwhelming! We received a lot of great remixes from a lot of talented remixers around the globe – one of my personal favorites is the Morganix remix by Morgan Lindstrøm, a man who is known from ‘Langsomt Mot Nord’ and other great projects here in Norway. The remixes by Technomancer and Mudman are two other remixes worth mentioning as some of the best. Although I want to add that the majority of nearly 30 remixes is holding a high standard and there’s a lot of interesting interpretations of the song all over.

S-L: Are you going to support the new album with a tour in the near future?

Isak: At the moment we are seeking for a new booking agency that could take care of that side of our plans. It would be lovely if any relevant booking agents reading this feel the need to contact us.

Get the album at iTunes, or listen to “A man made sun” right here!