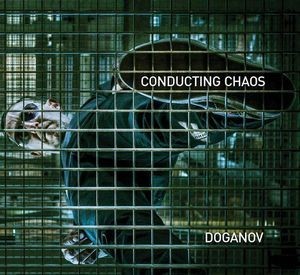 Content: After the “Something Dark To Dance To”- EP and the ‘History’ single in 2012, it was high time for a first full album from this Belgium promising band.

Doganov’s music has many facets; it is built on a firm base of new wave, and at the same time there’s EBM, metal, electro, trance and industrial rock. Elements of bands like Rammstein, Die KRupps, Mind Shredder, KMFDM, The Sisters Of Mercy and Gothminister can be found back. Doganov is a multifaceted band, a lot of the punch in their music comes from the electronics. The guitars are mostly used as a rock layer which comes on top of the harsh and melodic synths.

Furthermore Doganov thrives on blistering beats and Karl Cleeren’s strong versatile voice. Without becoming anywhere near cheesy, Karl’s lines have a high sing-a-long caliber. This album not only shows fine songwriting, but also production craftsmanship, as well as great mixing. It was co-produced and mixed by Didier Moens (La Muerte), who is also the band’s live mixer. The mastering on “Conducting Chaos” is very crisp and in-your-face; adding power to the songs.

And I haven’t even mentioned Doganov’s trademark staccato breaks yet. Each of the songs on “Conducting Chaos” could be a single. There are no fillers here. Cherry on the cake is a Doganov’ed cover of Front 242’s “Headhunter” which they gave their own sauce, just like they did with I-Scintilla’s “Skin Tight” during a previous contest.

The album is released on all digital media (iTunes, 7digital, Spotify, Deezer, etc.) as well.

Conclusion: “Conducting Chaos” is an intense, memorable, catchy, melodic album that is hard to sit still to and at the same time very accessible with potential to please a wide audience.