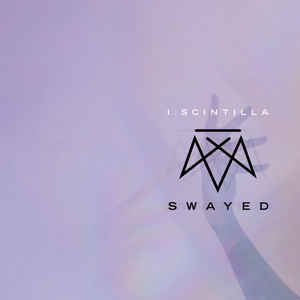 Background/Info: Set up in 2003, Chicago (USA) based I:Scintilla gained recognition through their works released on Alfa Matrix. “Swayed” is their first new full length in eight years and the thirds official album so far. It seems that time and different events (like the political evolution in their homeland) have inspired the band to compose new songs finally resulting in “Swayed”. Notice by the way that next to Brittany Bindrim (vocals), Jim Cookas (guitar) and Vince Grech (drums) the line-up has been completed by Dean Dunakin (bass guitar) and Myles Arwine (guitar).

Content: I:Scintalla remains easily recognizable through the now sensual and then enraged vocals of Brittany. Sound-wise the new work seems to enlarge the music horizon of the band. There where I:Scintilla was mainly driven by goth-rock influence, “Swayed” is more diversified. Moving from goth-rock to evasive tracks to heavier, bombastic pieces to the title-song, which is long and complex the band has reinvented their sonic path. You also will hear electronic arrangements.

+ + + : This new album also opens a new perspective for I:Scintilla, which will for sure bring new fans to the band. The dark-rock style is not exactly a new element in their work, but it has been for sure more worked out. I like bands avoiding repeating themselves and that’s precisely the flavor hanging over this work. The vocals remain an essential aspect of the work. I also have to say a word about the great choruses, which are often creating a feeling of elevation and apotheosis. “DFTD (Between The Devils)” and “Pieces” both are perfect examples of this accomplishment. But I also have to mention “Carmena Saturna”, which reminds me of earlier work of the band and, which might appeal for fans of The Birthday Massacre.

The bonus disc is also worthy of examination and I here have to point out the remixes by Iris (for the pop bonus) and Greg Panciera (a Chicago producer) transforming the title song into a mysterious- and transcendental piece of reverie.

– – – : Speaking for myself the “Dying & Falling”-album remains the absolute reference when it comes to I:Scintilla. I’m missing the power –and some hits on this work.

Conclusion: “Swayed” is an ultra professional production revealing styled songs and also an evolution in sound towards explicit dark-rock music. You also can feel that I:Scintilla became a real band!