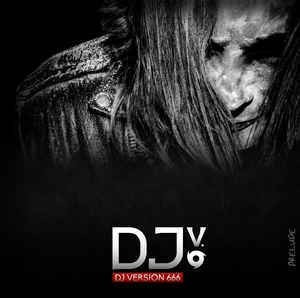 Background/Info: DJVersion666 is an American solo-project set up by Brian Stewart. This band got the opportunity to be signed to Dark Tunes Music Group unleashing the “Prelude”-album. The album was already released a few months ago now and features 11 songs plus 1 remix.

Content: “Prelude” sounds like a big hit in your face. The work is characterized by furious assaults carried by heavy guitar (by guest artist ‘Exemia’) and speed rhythms. The enraged vocals of Brian Stewart inject extra doses of violence to the sound. The electronic treatments add some element of coldness on top of the work.

The harder cuts definitely remind me of Ministry, but it all sounds more punk and even trash-like. Next to the violent input running throughout this work we also get a few softer pieces, which are a kind of intermezzo sometimes close to cinematographic music.

+ + + : The main strength of “Prelude” for sure is the uncompromised approach in sound. It might remind you of Ministry or NIN, but it definitely does not sound like a new emulation of a leading formation. Guitar fans will for sure notice the heavy playing.

– – – : The sound of this album is raw and unpolished, but that’s not exactly a point that hurts as it rapidly appears to be an essential aspect of this album. The real point that hurts is the production of the vocals, which sounds raw as well, but missing some volume. It sounds trash and punkish, but without a real spirit.

Conclusion: DJVersion666 is a violent piece of music without refinement and into pure trashy electro-industrial-metal music.

Best songs: “Where Is Your God Now”, “Lesson In Chaos”.