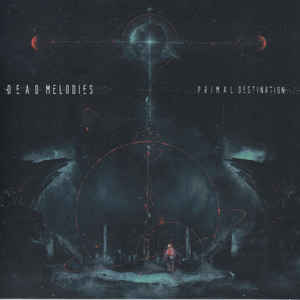 Content: “Primal Destination” doesn’t sound that different from previous releases. The opening cut creates the illusion to awake among the stars and the astronauts. Quite progressively the work becomes darker, and especially mysterious. Deep, vibrating sound waves together with multiple aquatic field recordings are leading the listener into a sonic black hole. Some passages feel like Tom Moore has injected real acoustic instruments.

+ + + : Dead Melodies is the kind of project that totally fits with the Cryo Chamber approach. The cinematographic sound creation is dark and mysterious creating an imaginary film in your brain. The visual strength of the work is reinforced by the field recordings and I especially like the kind of crispy noises running through the title track. The last cut, “The Wake Of Man” also creates an impressive apotheosis to this opus.

– – – : The tracks are pretty similar to each other. It sounds more like a long duration piece separated in different chapters. I would have liked a little bit more diversity in between the tracks.

Conclusion: “Primal Destination” has something relaxing and chilling. You get the impression of getting lost in an endless space corridor.