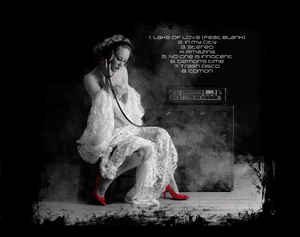 Background/Info: Set up in 2008 this French duo from Lille (Northern part of France) has released its debut album revealing 8 songs.

Content: From the very first notes you’ll notice the 80s inspiration that will remind you of new-wave and cold-wave music. Composed by electronics and bass guitar “40” is much more than simply an 80s emulation. While some passages vaguely remind me to their legendary compatriots Trisomie 21, the work also reveals a more contemporary touch, which mainly emerges from the electronic treatments.

Globally speaking the songs are dark and into an extreme melancholic taste. The vocals are reflecting passion like reinforcing the emotional side of this work. The final song is something different through its dubby inspired rhythm.

+ + + : Dageist composed a modern piece of ‘old’ cold-wave music. There where most of the bands inspired by the 80s are just satisfied by a simple emulation of their favorite band(s) Dageist has built a bridge between the 80s and today. The coldness and darkness are definitely into the 80s spirit, but most of the electronics reveal a contemporary approach. “In My City” and “Trash Disco” both are absolute attention grabbers, but I also have to tip the final song “Comon” carried by a sexy, dubby cadence.

– – – : I especially regret that this album only features 8 songs. Despite of a few real attention grabbers a few other cuts are less exciting and I especially refer to the somewhat under produced opening song.

Conclusion: Dageist is an interesting discovery dealing with a music style reminding me of good-old souvenirs, but somewhat forgotten today. This is a rather promising debut, which still needs to be improved on a few elements of the production.