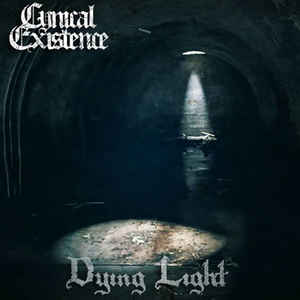 Background/Info: Cynical Existence is back on track  and has unleashed their fourth full length album to date. The band now consists of the captain on board Fredrik Croona, assisted by George Klontzas (PreEmptive Strike 01) while Erik Gustafsson is now taking care of the guitar. “Dying Light” also is the first album of the band released on Advoxya Records while all previous albums were released on Alfa Matrix.

Content: Cynical Existence never has been a band to deal with sweet music. This new opus again reveals a truly fusion between harsh and violent guitar playing and cold, but melodic electronics. With some imagination you can imagine the dark future-pop style Fredrik Croona at one side mixed with violent guitar. It creates a kind of good-old crossover music carried by the furious vocals of the frontman.

+ + + : Cynical Existence has found its own style and sound DNA, which is mixing different influences with each other. It no longer is the typical furious dark-electronic music, but a band that has evolved over the years towards a more industrial-minded sound where guitar and electronics have the same importance. I especially like the songs carried by melodic leads and “End Of The Line” is a great cut in the genre.

– – – : “Dying Light” is a cool work, but in the end a little bit predictable. The remixes don’t really sound like a bonus to the album.

Conclusion: “Dying Light” is a source of dark energy and a reactor of sonic violence.