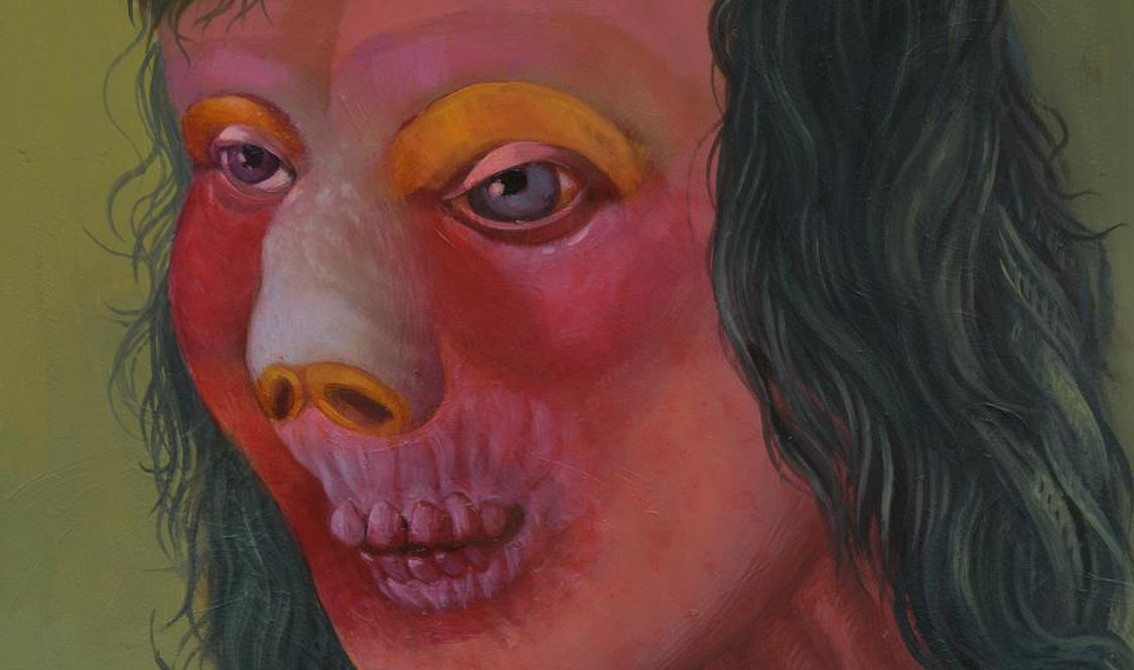 The fine Toronto-based label Artoffact Records is not only reissuing a significant portion of the Controlled Bleeding catalogue (check here for more info on which titles), they also will release the first proper complete studio album by Controlled Bleeding since 2002’s “Can You Smell The Rain Between (Tone Casualties)”.

Titled “Larva Lumps and Baby Bumps”, the brand new album will be released on double vinyl (available here for the USA, and right here for Europe) and double CD (available here) in August.

Both vinyl and CD come with an album of bonus material, out-takes from the “Larva Lumps” sessions that both label and artists felt were far too strong to keep off the release. The bonus material was engineered by New York producer Martin Bisi (Swans, John Zorn, Boredoms, White Zombie, Bill Laswell, Foetus).

Side-Line talked to Controlled Bleeding’s Paul Lemos who originally co-formed the band in Boston around 1978. Thanks to Artoffact Records for helping out.

SL: A brand new album after about a decade of no new releases. Why is now the time for Controlled Bleeding to return?

CB: Well, a few years back we did issue the “Odes to Bubbler” CD which included several pieces of new music and Vinyl on Demand released a vinyl box set with some new stuff mixed in with ancient archive recordings… So, I have been active through the decade, but it was hard finding my bearings after losing my two long time collaborators. The new album reflects the fruits of the music I have made in the past few years with my new collaborators, Chvad SB, Mike Bazini and long time drummer Tony Meola.

SL: Larva Lumps is an interesting blend of jazz improv, industrial, and even prog rock elements. What inspired this eclectic blend of styles?

CB: I have always had a pretty low boredom threshold and enjoy moving in whatever direction strikes me at the moment… the music has always been intuitive, spawned from the chemistry that exists between me and my collaborators, so “Larva Lumps” was the outcome. For me, it is a very cohesive, unified set of pieces…Also, I guess the music reflects my personal tastes at any given time, and this time out I was listening to a lot of free jazz and fairly aggressive music.

SL: The cover art is really creepy. Can you tell us more about it?

CB: Gregory Jacobsen of Lovely Little Girls is a truly talented artist and when I saw his portraits, immediately I wanted to use them for the record… They don’t relate to the music on any conscious level though… I just was drawn to the images.

SL: Why “Larva Lumps”? Is there any significance to the title?

CB: Well, Larva Lumps is my made up name for the young man on the front cover… Baby Bumps might be his female companion. The title just appeared in my brain one morning and that was it.

SL: How did you hook up with Artoffact Records and how has that been so far?

CB: Artoffact has been nothing less than fantastic. It is so rare these days to find a label that is really committed to and driven by the music it releases. These days, most labels are strictly looking at profit margins and ways to reduce costs, which makes sense in the present marketplace, but Artoffact really cares about the aesthetics of the music and its presentation. Working with them has inspired me to create new music again and to return to live performance with an actual band.

CB: I hope so… We have been talking about what might appear next. Perhaps we will again dig into the archives of old cassettes for one release along with music from our Wax Trax days… It is too early to say though.

SL: Famed NYC producer Martin Bisi engineered the bonus disc on the new album. How was it working with someone as renowned as Bisi?

CB: Bisi is just a great, down to earth guy who accurately captures a band’s sound in the moment. We miced amps and drums, played live for a few hours, and some of the results were pretty stirring. Martin is a friend of Mike Bazini so he arranged the session which was a lot of fun, but absolutely exhausting. It must have been 90 degrees in the studio that day.