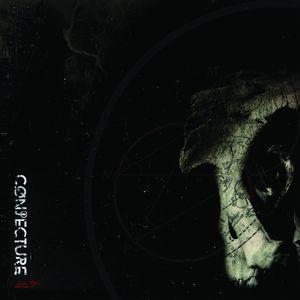 Content: Last year I discovered this Greek solo-project set up by Vasilis Angelopoulos by the debut-album “Enter The Grove”. The album was released by Ars Nocturna.

There were some interesting ideas featured in the debut work, but it all felt a bit like a band in search of its sound identity. This new work released by Raumklang Music Records sounds more compact while revealing a great progression in sound. The influences and sound treatments became more minimal and intelligent as well. There’s a well-crafted sonic symbiosis revealing elements of IDM, industrial- and minimal electronic music. Some passages are more into ambient music as well, but globally speaking there’s a ‘line’ throughout this work, which was not that noticeable in the previous album.

Both debut cuts are cool and reveal this noticeable evolution in sound. There’s a great progression in the global songwriting while the title song “Nunavut” is an absolute masterpiece. This track is filled with subtle sound treatments and multiple effects like radio-like waves while a low, but bombastic rhythm carries this song.

I was impressed by the great arsenal of sounds that has been used to accomplish this work. Angelopoulos reveals himself as a genius sound-scientist. He likes to treat his sounds in a rather crashing way. It brings a kind of electro-industrial aspect to the work, which comes through at multiple passages. You here and there will hear some spoken sampling parts as well. The IDM touch comes back again on “November”.

“The Hunt” is another absolute attention grabber. The synth parts are pretty freaky while a heavy, industrial-minded rhythm carries this song towards a state of total terror. We next get a more into ambient apotheosis, which is followed by 2 remixes.

Conclusion: The evolution in sound from the previous album towards this new work is absolutely great. This is the kind of work that will appeal to lovers of Tympanik Audio.

Since you’re here … … we have a small favour to ask. More people are reading Side-Line Magazine than ever but advertising revenues across the media are falling fast. And unlike many news organisations, we haven’t put up a paywall – we want to keep our journalism as open as we can. So you can see why we need to ask for your help. Side-Line’s independent journalism takes a lot of time, money and hard work to produce. But we do it because we want to push the artists we like and who are equally fighting to survive. If everyone who reads our reporting, who likes it, helps fund it, our future would be much more secure. For as little as 5 US$, you can support Side-Line Magazine – and it only takes a minute. Thank you. The donations are safely powered by Paypal.
Tags: Conjecture