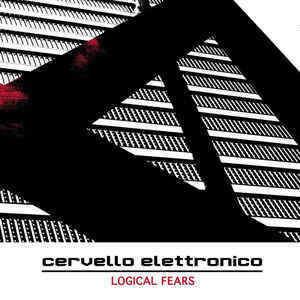 Background/Info: No doubt about it, David Christian became one of the most praised sound makers when it came to speak about progressive industrial music. The American artist can look back to numerous great productions, which most of the people discovered on the now gone Crunch Pod label and the album “Negate The Instigator” (2007). This is the 2nd album of Cervello Elettronico released on Hands and the first one in 3 years.

Content: David Christian moves on mixing intelligent electronic treatments, which we can define as the offspring between industrial music and IDM. You’ll notice a few more elements like technoid influences, haunting ambient atmospheres, trance-minded arrangements and even more electro driven sequences reminding me of Mentallo & The Fixer, but the main sources of inspiration always bring back to an electro-industrial basis.

The second half of the album is definitely more exciting revealing a few outstanding cuts.

+ + + : Cervello Elettronico remains an original sound creation and a guarantee for some new outstanding tracks like “Spacial Differences”, “Stand Your Ground” and “Memory Loss”. There’s a great diversity in the writing and a fascination for raw sound sculptures. I especially like the kind of groovy industrial side accentuated on some cuts. “Logical Fears” is a sophisticated production with a great finale.

– – – : Some of the opening cuts are quite entertaining although missing the familiar magical touch this band has used to demonstrate. It rather sounds as a teaser for the great final section. “Logical Fears” remains a great piece of work, but not the best album of David Christian.

Conclusion: The debut part is just cool, but not that special while the second part reveals the real power and sound elegance of Cervello Elettronico’s new album.