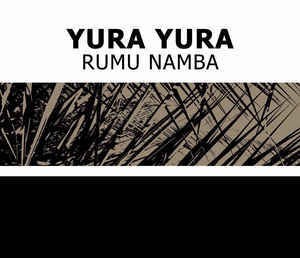 Background/Info: Three years after the official debut album (cf. “Be Sexual”) French noise terrorist ‘Grégory Yura’ is back on track with a new opus revealing 15 tracks.

Content: The least I can say is that there’s a serious evolution in sound compared to the previous work. Yura Yura progressively moved towards a more sophisticated sounds incorporating elements like tribal and IDM into the writing. The album however takes off with a rather power-noise orientated format, but quickly evolves into spooky atmospheres and tribal influences. Some Arabian samples inject a touch of mystery, but still a frightening sensation that progressively comes down.

But the main evolution is the growing sound intelligence coming through. From transcendental passages to pure IDM arrangements this album has a lot to offer. When you mix all the influences together I sometimes get the impression of hearing a flavor of Monolith supporting this work. The second part of “Rumu Namba” features several impressive compositions where all the elements are literally emerging at the surface. You now get a terrific piece of IDM and next an irresistible industrial-tribal track while the final piece is more into tormented atmospheres joined by sacred chants.

+ + + : The global sound evolution and production both are the main characteristics of this great work. Yura Yura holds on to some of the ‘early’ influences, but moves on exploring new elements. It all together creates a compact and yet diversified album featuring many outstanding tracks. I was totally flabbergasted by this new album, which will for sure increase the recognition of this artist.

– – – : I don’t really have minus points about this work. I maybe can evoke one of two pieces, which are a little less convincing, but globally speaking this is a brilliant piece of music.

Conclusion: Yura Yura left me breathless. I’m not saying that the previous album was worse, but “Rumu Namba” simply sounds perfect and it’s hard to belief we here speak about the same artist. This is a fully accomplished opus revealing great industrial music.

Since you’re here … … we have a small favour to ask. More people are reading Side-Line Magazine than ever but advertising revenues across the media are falling fast. And unlike many news organisations, we haven’t put up a paywall – we want to keep our journalism as open as we can. So you can see why we need to ask for your help. Side-Line’s independent journalism takes a lot of time, money and hard work to produce. But we do it because we want to push the artists we like and who are equally fighting to survive. If everyone who reads our reporting, who likes it, helps fund it, our future would be much more secure. For as little as 5 US$, you can support Side-Line Magazine – and it only takes a minute. Thank you. The donations are safely powered by Paypal.
Tags: Monolith, Yura Yura