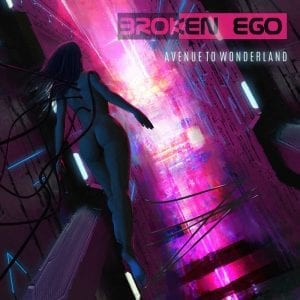 Background/Info: The Austrian Broken Ego released a debut EP in 2011 and are now back on track. The band seems to have evolved in sound and influences resulting in this debut album released on Echozone.

Content: Broken Ego can be described as indie-pop although there’s a solid rock touch running through the songs as well. Electronics and guitars are in perfect harmony. The songs are powerful and often exploding into a real climax during the choruses. It’s pure party music featuring, funny and powerful.

+ + + : The opening song “Electric Girl” is a noticeable song and totally representative for the sound and style of this work. But especially the chorus has something carrying and elevating. It brings the song to a real climax and that’s what we expect from a good song, isn’t it? It’s quite representative for the entire tracklist. I like the deep bass lines and the harmony between guitar and electronics while the singer’s passionate vocal lines bring an ultimate achievement to the work.

– – – : I can’t get away from the feeling that some of the songs have something teenager-like. It’s pure fun and party music, but the sound formula becomes rapidly predictable.

Conclusion: I’d fun listening to this work. There’s no pretension, but just cool party music to have fun with your friends.