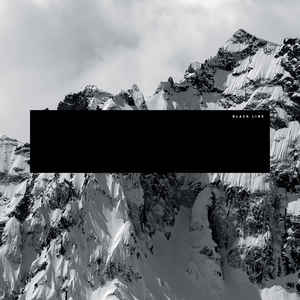 Background/Info: Black Line is a crazy, but fascinating concept, which was originally set up in 2016 as a continuation of DJM|REX, a project by Cyrusrex and Douglas J. McCarthy. It became ‘a diverse collective of musicians, producers, and sound designers, free to come and go as they please. With various production and remix projects in the pipeline, ‘Treason, Sedition And Subversive Activities’ offers up the first taste of what’s to come’. Among the artists who contributed to Black Line you’ll find Ken ‘Hiwatt’ Marshall (co-producer & engineer), Zack Meyers (co-producer), Brad Apodaca, Anthony Baldino, Michael ‘prophei’ Dietel, Bon Harris (Nitzer Ebb), Baseck

Content: It’s not an easy thing to define the sound of Black Line. Because of the numerous artists involved with the composition process the album sounds pretty diversified, but carried by the charismatic and unique vocals of Douglas McCarthy. There however is an intelligent approach in the global writing of the songs.

From EBM-inspired cuts towards more industrial parts to soundtrack inspired (instrumental) cuts, the album really has a lot to offer. The last song is a remix by Venetian Snares.

+ + + : I think it’s really important such kind of project has a ‘main’ singer. Douglas McCarthy not only is a genius vocalist with a unique timbre of voice, but the vocals feel a bit like the cement between all of the songs. Using different singers would have created the impression listening to a compilation.

– – – : You sometimes get the impression it’s basically a project between friends… just for fun although great and recognized artists. I’m missing a bit cohesion between the harder, industrial & EBM driven tracks and the totally into ambient-like other cuts.

Conclusion: “Treason, Sedition, And Subversive Activities” feels a bit like there’re multiple bands hiding behind Black Line and that’s precisely what it is all about. But at the other side it also is an album featuring several cool tracks.