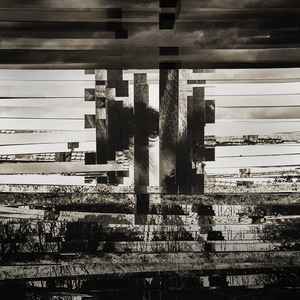 Background/Info: Bart Desmet better known under the Barst moniker is a renowned and recognized Belgian musician who’s already been active for numerous years. In a rather short lapse of time Barst has released several productions on cassette format and split-releases. “The Western Lands” is taken and inspired by a famous novel of William S. Burroughs. The album has been accomplished by the help of numerous musicians like Sal-Ocin (Empusae), Tokyo-Oyo, Herr Man, Karen Willems (Involves), Sloth Prince, Mathlovsky, Fär, Dehn Sora and SP808.

Content: The album reveals five songs that have been meticulously built up reaching a truly sonic apotheosis mainly created by a crescendoing guitar and excelling drumming. The tracks are compact and like sonic puzzle pieces, where one piece can’t live without the other. Some spooky guest vocals can be heard now and then, but they appear to create an extra sound effect instead of real vocal parts.

The writing reveals dense sound layers played by numerous instruments. It’s a mix of electronic- and authentic instruments all together creating an apocalyptic feeling of ambient music or psychedelic-rock.

+ + + : Barst is a band with a unique approach in sound. You can’t really compare this band to classical ambient formations. Barst covers multiple genres, like taking the best from each of them. I was impressed by the harmony between all contributors. The production is elaborate and features numerous climaxes.

– – – : Barst is probably not the most accessible production, clearly experimenting with multiple influences. In the end it’s impossible to label this band as any particular genre, but just as the addition of influences.

Conclusion: William S. Burroughs’ “The Western Lands” has been revisited and transposed into an apocalyptic music sound by Barst. It’s hard to say what poor William thinks about it, but I guess he must be very proud of such an accomplished work.