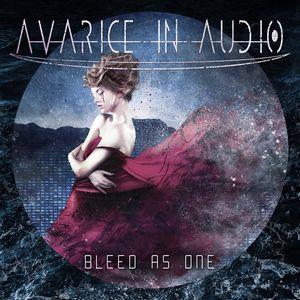 Content: The last year debut album “Shine & Burn” from Avarice In Audio was a successful debut and a promising newly signed band to the great Alfa-Matrix label.

“Bleed As One” was not exactly my favorite song on the album, but we all know that remixes sometimes bring something extra when compared to the original mix. It also is the 3rd and final (digital) EP taken from the album. The original version of “Bleed As One” takes off revealing the technoid-pop and dance style of the Australian combo. One of the main strengths remains the angelic female vocals and male backing vocals with a robotic effect on “Bleed As One”.

We next get 3 remixes by Dharmata 101, Ruinizer and Restriction 9. Those bands are not exactly the most familiar bands, but it always is interesting to discover new ‘talents’. I have to say that only the club-orientated remix by Restriction 9 caught my attention. Their remix reveals great dance vibes and magic sounds, which result in a terrific remix.

We next get a great and exclusive song entitled “Crawling In Space” featuring IIOIOIOII. This song moves into techno-pop ideas while the slow rhythm makes it pretty sexy. Notice by the way that this song only features male vocals.

We next get 5 remixes from 5 different songs featuring a new remix of the ‘hit’ “The Cassandra Complex”. Euphorian is another discovery on this EP and this band did a fantastic job remixing “Sleepwalking Societies” into an overwhelming version with some trance vibes on top. I also have to mention a cool remix of “Hearthless Disaster” by Seraphim System. Last, but not least we get a darker version of “Beyond My Control” entitled “Stripped Version”.

Conclusion: This new EP only confirms the potential of this formation while they let us discover a nice number of new names.