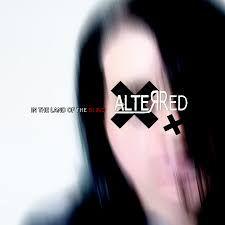 Content: AlterRed have joined WTII Records to unleash their 4th opus to date. The British band defines their sound as ‘electro-rock’ and ‘industrial-rock’, which are quite recognizable genres in their new work.

The opening track is a kind of intro and part of the upcoming cut “The Wraith”, which reveals the noticeable influences of this album. AlterRed deals with great electronic treatments reinforced by guitar. The vocals of front man MikEy are rather clear and powerful.

AlterRed clearly avoids becoming a copy of an established band, preferring to focus on a very own sound approach.

I can’t say that this band is creating a new sound, but I like the way they create some distance with established genres and cheap emulations of bigger bands. This work is simply mixing different influences together. It definitely sounds like electronic-rock, but I also noticed a punkish touch emerging from “Treppaning”. This is an interesting composition for the cool electronic treatments and stereo effects while the rhythm is somewhat into breakbeat.

The global production process of this work reveals a great progression and growing maturity. There’s a kind of quest to create original electronic sound sculptures and this is an aspect of the work that mainly comes through during the 2nd half of the album.

“Unpopulism” is worthy of examination for the mix of power and melody while it also illustrates the crossover between industrial-, rock- and even pop music. “Nameless” coming up next is another brilliant composition revealing a perfect match between electronic bleeps and guitar parts.

Conclusion: This is without a shadow of a doubt the most mature and accomplished work by AlterRed. “In The Land Of The Blind…” is a fascinating and diversified opus.