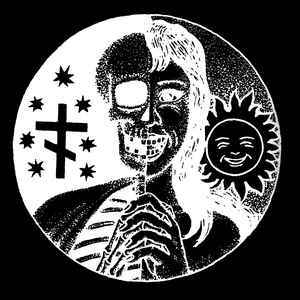 Background/Info: Urok is a Polish duo driven by Robert Skrzyński and Michał Turowski. The band name is the Polish for word for ‘enchantment’ and ‘charm’. “Nagawor” is the debut-work from the duo featuring 10 tracks.

Content: Urok uses an impressive canvas of influences, which merge elements of dark-ambient, industrial noises and pure experimental treats together. Some of the tracks are driven by a slow rhythm while other passages are more into a soundtrack approach.

“Nagawor” sounds minimal and hard to define as one particular genre, but its diversity catches the listener’s attention. A few voices and spoken words accentuate the kind of ghost-like atmosphere hanging over this production.

+ + + : “Nagawor” is an original production, which will mainly appeal for dark-ambient lovers. It however is not the classical dark-ambient work, but a rather creative outburst where an impressive arsenal of noises replace the usual dark sound waves. It’s the kind of ambient sound sensation appealing for a strong visual part.

– – – : Despite of the original format of this release I’m like missing a climax. The tracks sound cool and somewhat innovative, but not persuasive enough.

Conclusion: “Nagawor” reveals an interesting and definitely atypical ambient style, which has been mixed with other related influences. I think there’s more hiding inside this band than what they’ve shown now so I guess the best is yet to come…