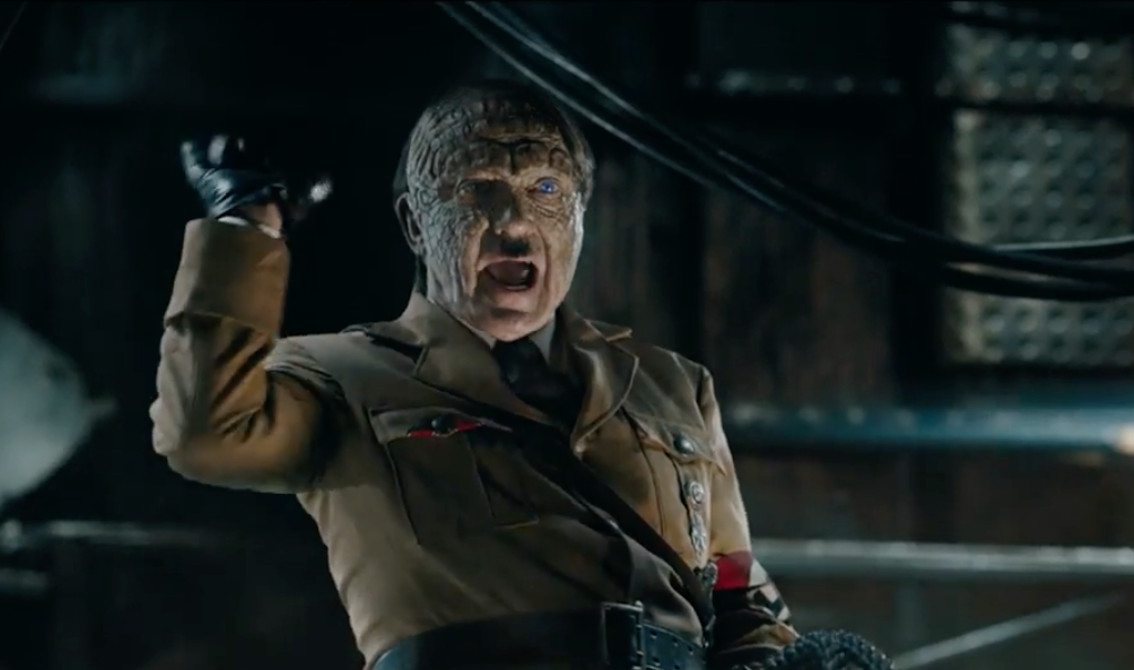 With a scheduled theatrical release date for February 2018, the science fiction picture “Iron Sky The Coming Race” comes out with a brand new teaser trailer, released online today. The teaser, promoting the Scandinavian Premiere 14th February 2018 of the long-awaited sequel to the worldwide hit “Iron Sky” (2012), promises science fiction action, a peek inside the Hollow Earth – and Adolf Hitler riding a T-Rex as we already informed you a while back.

The plot is as follows: 25 years after the events of the first Iron Sky, the Moon Base is falling apart and full of refugees from Earth, which has been nuked to smithereens in the war between the Earth nations and Moon Nazis. The salvation of mankind is in the hands of Obi (Lara Rossi), daughter of the hero of the first movie, Renate Richter (Julia Dietze), who sets out on a journey to the Hollow Earth to find the source of eternal life, Vril-Ya.

Here are a few images and below is the video teaser.

Since you’re here … … we have a small favour to ask. More people are reading Side-Line Magazine than ever but advertising revenues across the media are falling fast. And unlike many news organisations, we haven’t put up a paywall – we want to keep our journalism as open as we can. So you can see why we need to ask for your help. Side-Line’s independent journalism takes a lot of time, money and hard work to produce. But we do it because we want to push the artists we like and who are equally fighting to survive. If everyone who reads our reporting, who likes it, helps fund it, our future would be much more secure. For as little as 5 US$, you can support Side-Line Magazine – and it only takes a minute. Thank you. The donations are safely powered by Paypal.
Tags: Adolf Hitler, Iron Sky, Iron Sky The Coming Race